This image appears in the gallery:
Shakespeare's Falstaff in music 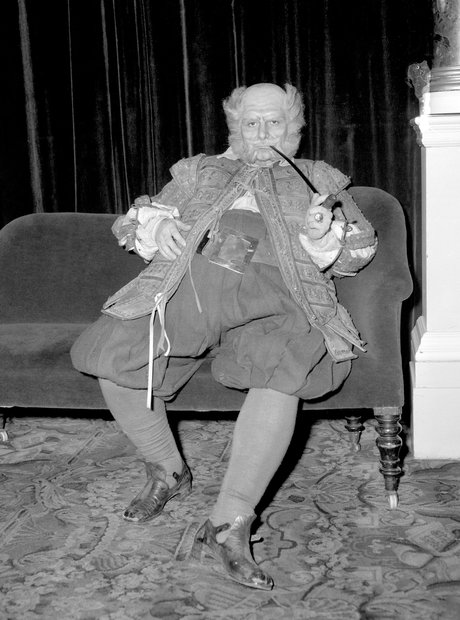 The legendary Welsh baritone Geraint Evans first played Falstaff at Glyndebourne in 1957 and went on to perform the part around the world, including Covent Garden, the Vienna Staatsoper and the Metropolitan Opera. His interpretation was described as 'dark-voiced and riotously lustful'.