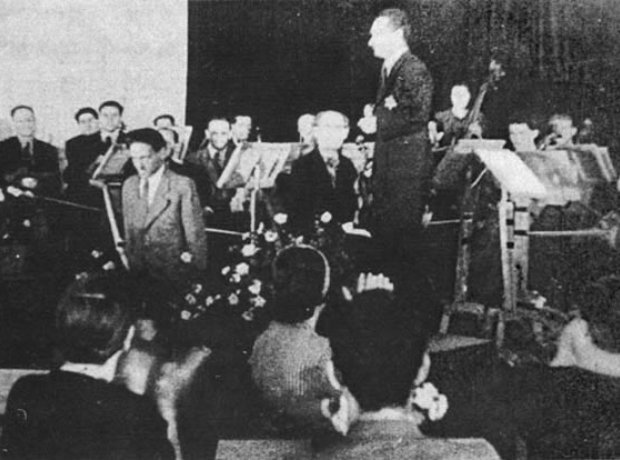 A Czech composer and follower of Janáček, Haas was deported to the Theresienstadt concentration camp in 1941 where he was one of several Czech-Jewish composers. He wrote at least eight compositions in the camp. In 1944 Theresienstadt was promoted in a propaganda film. Haas can be seen taking a bow after a performance of his Study for Strings (pictured). Subsequently 18,000 of the prisoners, including Haas, were murdered in gas chambers.