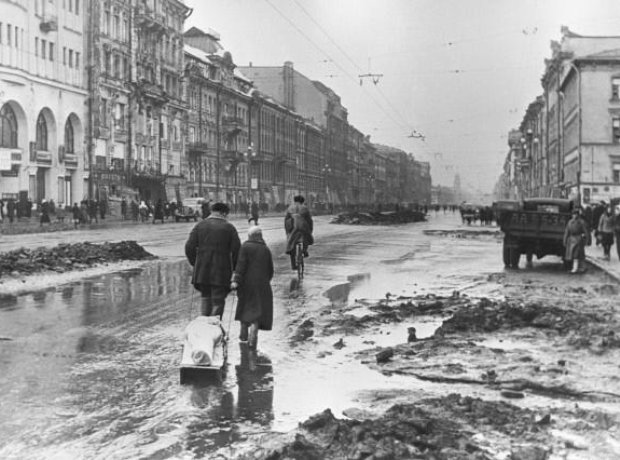 Fleishman was a promising student of Dmitri Shostakovich who began a one-act opera - Rothschild's Violin - based on a Chekhov story. At the outbreak of the Second World War, Fleishman volunteered for the front and was killed before he could complete his opera. In memory of his student, Shostakovich rescued the manuscript from besieged Leningrad (pictured), finished and orchestrated it. Later, Shostakovich exerted influence so that the opera should be published and performed.