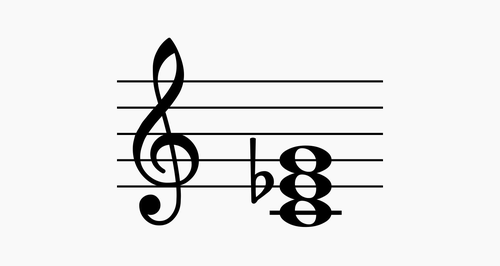 A triad walks into a bar. Geeky muso hilarity ensues. 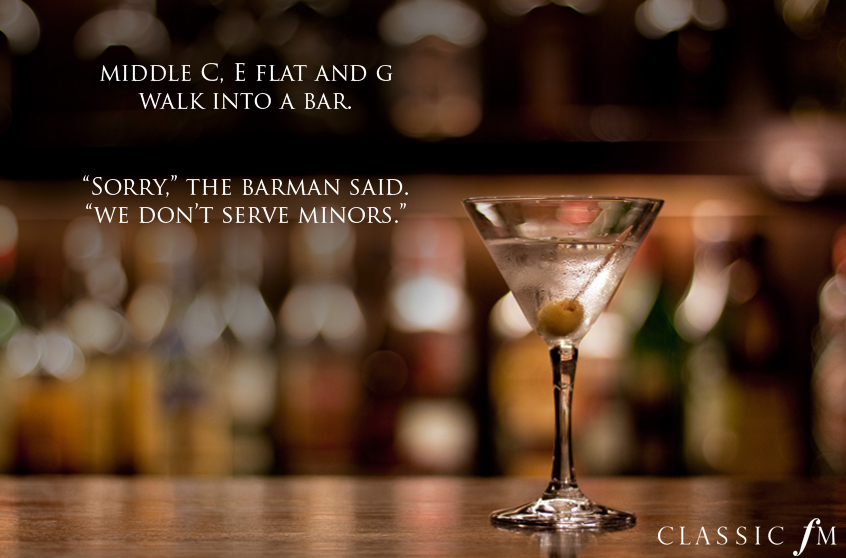 The gag about a minor triad walking into a bar has been around for a while, but UK-based record label Audio Animals Ltd have posted a rather longer exposition. It's been doing the rounds on Facebook, and, well, who can resist a joke about tonality.

C, E-flat, and G go into a bar. The bartender says, "Sorry, but we don't serve minors." So E-flat leaves, and C and G have an open fifth between them. After a few drinks, the fifth is diminished, and G is out flat. F comes in and tries to augment the situation, but is not sharp enough. D comes in and heads for the bathroom, saying, "Excuse me; I'll just be a second." Then A comes in, but the bartender is not convinced that this relative of C is not a minor. Then the bartender notices B-flat hiding at the end of the bar and says, "Get out! You're the seventh minor I've found in this bar tonight." E-flat comes back the next night in a three-piece suit with nicely shined shoes. The bartender says, "You're looking sharp tonight. Come on in, this could be a major development." Sure enough, E-flat soon takes off his suit and everything else, and is au natural. Eventually C sobers up and realizes in horror that he's under a rest. C is brought to trial, found guilty of contributing to the diminution of a minor, and is sentenced to 10 years of D.S. without Coda at an upscale correctional facility.