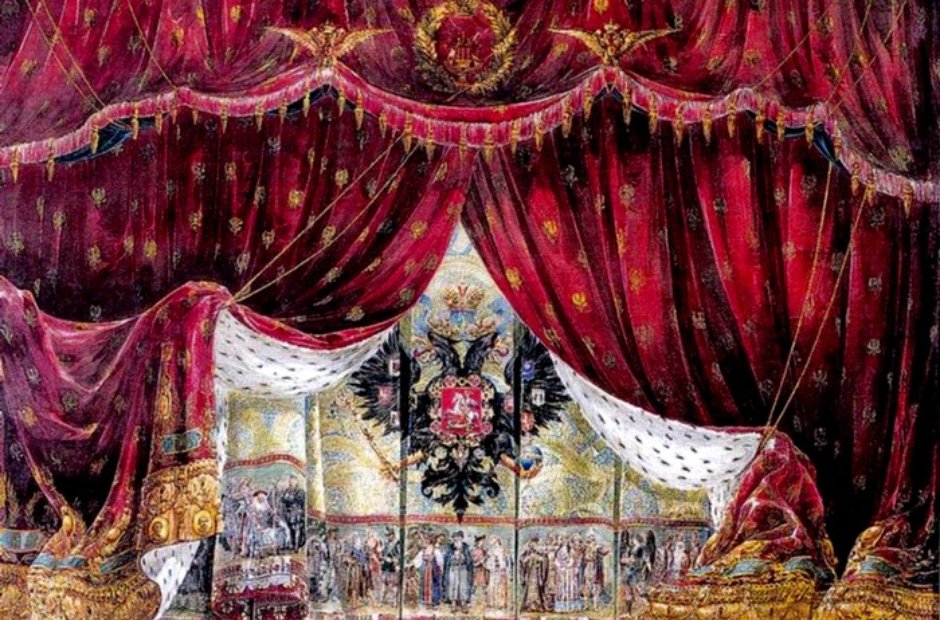 The Mariinsky is named after Empress Maria Alexandrovna, wife of Tsar Alexander II. But its name has changed throughout history, reflecting the political climate of various times. Through most of the Soviet era, it was known as the Kirov. This is the design for the Imperial-era curtain used prior to 1914.