This image appears in the gallery:
Classical music's most 'Maleficent' women 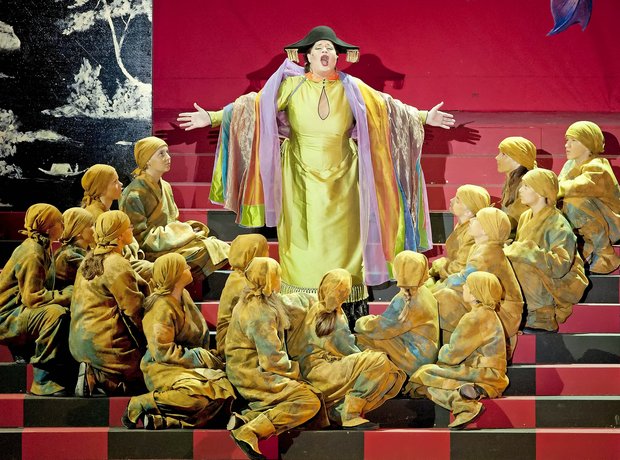 One of opera's coldest hearts, Princess Turandot asks her suitors three riddles; if they fail to answer correctly, they die. Pretty harsh. Ignoring all that, Prince Calàf is in it to win it. But why he'd want to marry someone like that is a mystery. Maleficent rating: four. Carter Scott played Turandot in Erfurt, Germany, July 2013.

If you can name these iconic film scores from one clue, I’ll be impressed