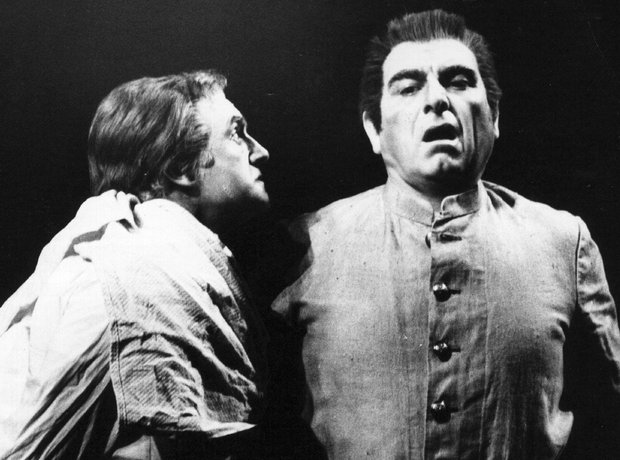 From 1915 to 1918, Alban Berg served in the Austro-Hungarian Army and during a period of leave in 1917, accelerated work on his harrowing opera 'Wozzeck', which captured the brutality of the time. Sir Geraint Evans is pictured here, playing Wozzeck in 1973. Photo: Getty