This image appears in the gallery:
Classical music inspired by fire 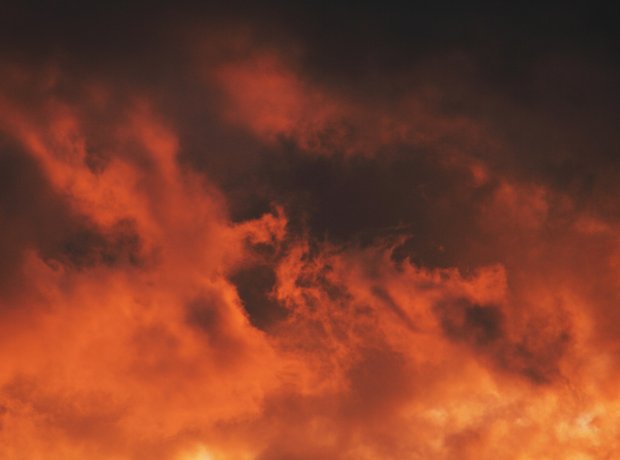 "Dies iræ! Dies illa! Solvet sæclum in favilla!" (The day of wrath! That day will dissolve the world in ashes.) This Latin text is often set in in a Requiem mass, describing the day of judgement where sinners will be cast into the eternal fire. The text has been set by composers including Mozart, Verdi, Berlioz and Stravinsky, and the 13th Century plainchant melody has been quoted in Haydn's Symphony No. 103, Liszt's Totentanz, and Saint-Saëns' Danse Macabre, Symphony No. 3.