We challenged this guy to listen to the entire history of classical music, non-stop, for 24 hours

A new release documents the entire 1,200 year history of classical music, over 24 CDs. What if you listened to it all in one go?

The history of classical music, in 24 CDs

There's an epic new box set just out on Deutsche Grammophon. 24 CDs that span classical music history from c800 to the present day. Those CDs are packed full of the finest recordings from the yellow label's peerless catalog, with artists like Leonard Bernstein, Martha Argerich, Claudio Abbado and Wilhelm Kempff. (more about the set here) 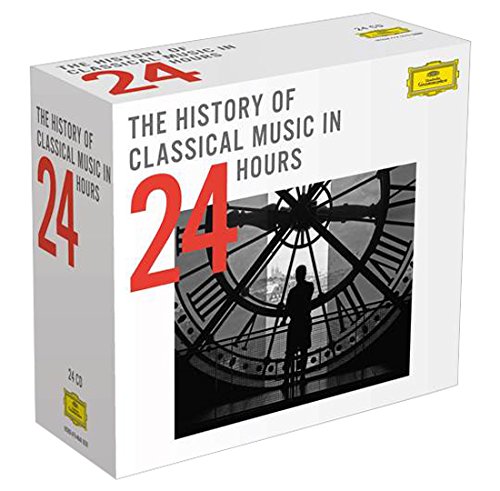 We thought what if you were to listen to it all in one epic session?

Meet our Social Media Editor, Kyle Macdonald (with Beethoven). Notice his smile. It may fade. 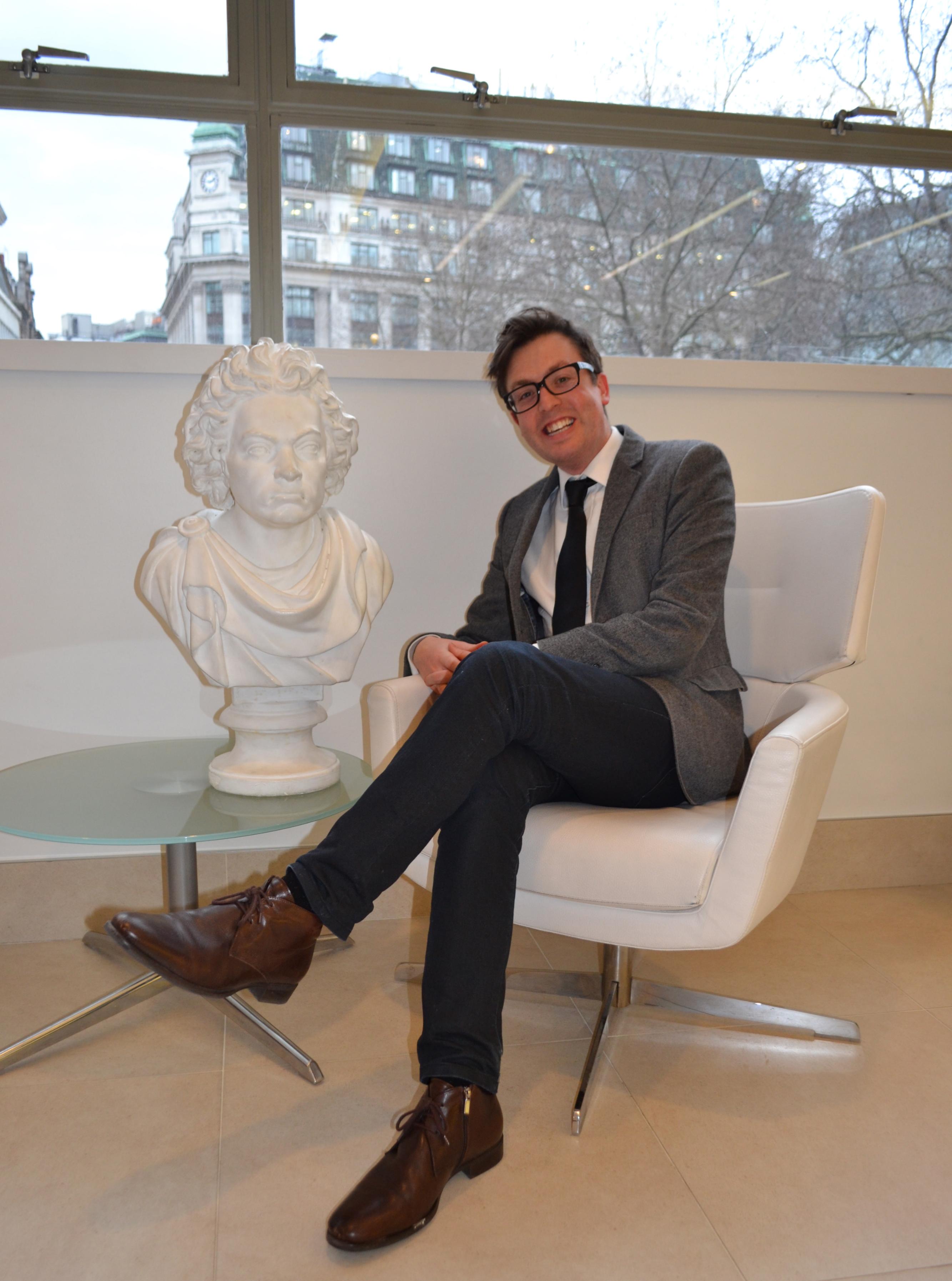 We thought we'd challenge Kyle to listen to the set - the history of classical music - in one epic sitting. That's right, 1,200 years of music, in one 24 hour session.  And just to add to the challenge, we're adding a few complete operas and an epic mass in there. Because who doesn't want to hear Wagner's Parsifal complete, without a break, when you've been listening to music for 15 hours? (Answer: no-one.)

7am: Disc I Music of The Middle Ages (Pérotin, de Machaut)

8am: Music of the Renaissance (Anonymus, Dufay, Desprez, Dowland, Byrd)

How did he get on?

Kyle rose early (for him) - 7am, to begin his epic listening session. Over the next 24 hours, he sat in his seat, listening to every note intently and documenting every thought, reflection and urge with #Classical24 on Twitter. Let's see how he got on.

A couple of hours of chant and Renaissance choral music. Maybe not your usual choice for early morning music...

And he came prepared...

9am - Then it was on to two hours of Bach. We were a bit concerned that this was too much of a pleasure for him.

Now in my #Classical24 challenge, the complete B minor Mass. And I've got my score. #MassiveNerd pic.twitter.com/WYMQfl3TBl

11am - And the journey continued into the classical era. And our victim was having to draw on the caffeine to maintain concentration.

9 hours in & the arrival of Lieder gives a perfect opportunity to use this lovely one. #Classical24 @Boosey_London pic.twitter.com/Q7g5a6BSYW

5pm - 10 hours in, and are the cracks are beginning to show?

Time to call in a secret weapon: SNACKS AND BEER. #Classical24 pic.twitter.com/FDsCIh266J

Damn you, Snacks and Beer, and your magical powers...

The brass is loud, and I’m not in the mood. Sorry, Wagner… #Classical24

12am - and Wagner's epic masterpiece was proving a challenge

Struggling with Parsifal. Confused at what’s going on. There’s a king, and a spear? Lots of bass-baritones …not really into it. #Classical24

But after 4 hours of bass-baritones and trombones (and well into the morning) the epiphany came...

Actually, got to say, this is sounding rather fantastic. :-0 #Classical24

At the end of the Wagner, things are getting messy. #Classical24 pic.twitter.com/llLq0yjU5G

4am - and despair starts to set in

Dawn from Britten’s Four Sea Interludes. All I can think is, I WILL NEVER SEE DAWN AGAIN. IT WILL NEVER COME. #Classical24

5am - and just what everyone craves after 22 hours of continuous listening - the atonality of Berg, Webern and Schoenberg

7am - 24 hours of music. Sun rising. And by the looks of it, if we asked him to listen to another concerto, he might die.

He's never been the same since. In a good way. Fancy taking the challenge yourself. Grab the set here, and press play.