Back in the 1950s you could get your musical ideas on to paper in the most gloriously vintage way.

Printing music has changed as technology has advanced over the centuries, from woodblock printing and copper-plate engraving to the printing press and digital typsetting. In the mid-20th century everyone was clattering away on typewriters and musical printing followed.

As vintage-y chic as a whisky-soaked black suit and skinny tie.

It is estimated that between six and 24 of these machines are left in existence - and we hear that one was recently up for sale on Etsy for $6,000 (£4,290). Thanks to the fine folk at Musical Toronto for bringing this wonderful thing of oh-my-god-I-want-this-now beauty to our attention. 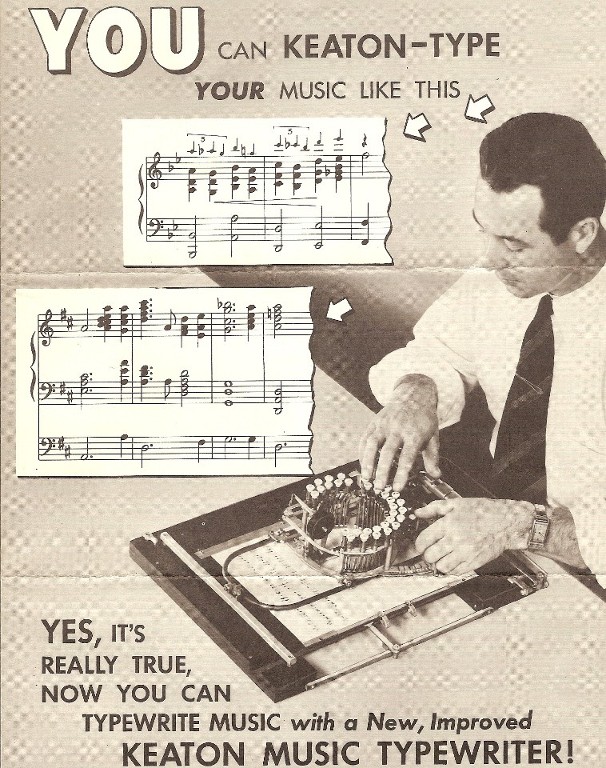