1. The top C in Allegri's Miserere

There you are, just chilling out with a bit of 17th century choral music like any self-respecting person would do, and then all of a sudden, BAM! High C! Emotional overload! Skip straight to it by pressing play below…

2. The climax of Beethoven's 9th Symphony

Everyone sing along! "Freude, schöner Götterfunken, Tochter aus Elysium!" This is such a fist-pumping moment. How fist-pumping? Well, it's supposed to encapsulate the joy of humanity, of being alive, Germanic might, the brotherhood of man and basically all worldly positivity, which is a pretty tall order. Does Beethoven manage it? Take a listen… (the answer's 'yes', by the way.)

How can one chord redefine the way we think about music? Well, it's simple. All Wagner did when he plonked this gorgeous little progression into the opening of his opera Tristan und Isolde was use an augmented fourth, an augmented sixth and an augmented ninth above the root to imply a completely different harmonic relation. Easy, yeah? Oh, just listen to it…

5. Don Giovanni is dragged to hell

Much of Mozart's Don Giovanni is actually quite humorous, with amorous japes and farce aplenty, but things take an incredibly sinister turn right at the end when the Don himself (think of him as a folkloric version of Russell Brand with comparable dress-sense) is finally forced to atone for his sins. There's a slow knock at the door, Giovanni opens it and is confronted with a stone statue of the Commendatore, who drags the screaming Don into the fiery netherworld. Yikes!

6. When all 40 voices come together in Spem in alium

Spem In Alium is a choral classic given a new audience thanks to a certain E.L. James, but we prefer to think of Thomas Tallis' piece as it was intended - a whacking great 40-part motet with one of the most breathtaking ensemble entries in the whole repertoire. Press play below to hear those 40 parts suddenly arrive all at once…

You know how it is. You're just bumbling along, minding your own business, maybe there's some baroque music in the background… KAPOW! Mass choral entry! Something about a priest! Make sure you're sitting down for this one.

8. The Rite Of Spring causes a riot 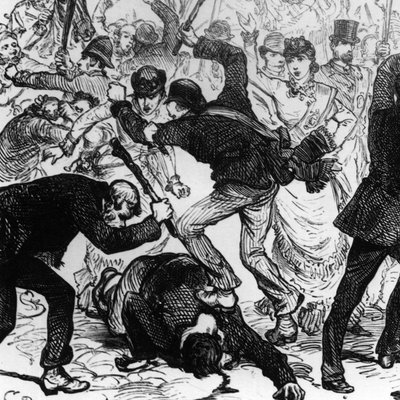 Imagine being so maddened and confused by a piece of music that you start a riot. A bit like how parents of Justin Bieber fans must feel, maybe. Anyway, Igor Stravinsky's Rite Of Spring was the original authority-botherer, with its rhythmic and textural originality causing the audience at its premiere to turn into a gibbering rabble, 40 of whom were ejected from the theatre. Give the Augurs Of Spring section a listen and try to resist the urge to flip a table.

9. When Ride Of The Valkyries turns up in Apocalypse Now

When he was composing Die Walküre, it's probable that Richard Wagner didn't have the Vietnam war in mind. However, since Francis Ford Coppola's Apocalypse Now, this exhilarating music has become associated with exactly that. And helicopters. And explosions.

10. The high notes in the Queen Of The Night aria

As well as being an OMG moment, this is a "did I just hear that correctly?" moment. Actually, it's more like an "is that an alien singing, and why has my champagne flute exploded?" moment. Just listen.