What’s the difference between a violin and a viola?

They look similar, but mistake one for the other and you run the risk of encountering the wrath of music geeks. To help you avoid this, we’ve outlined the key differences between the two string instruments.

1. The violin is smaller 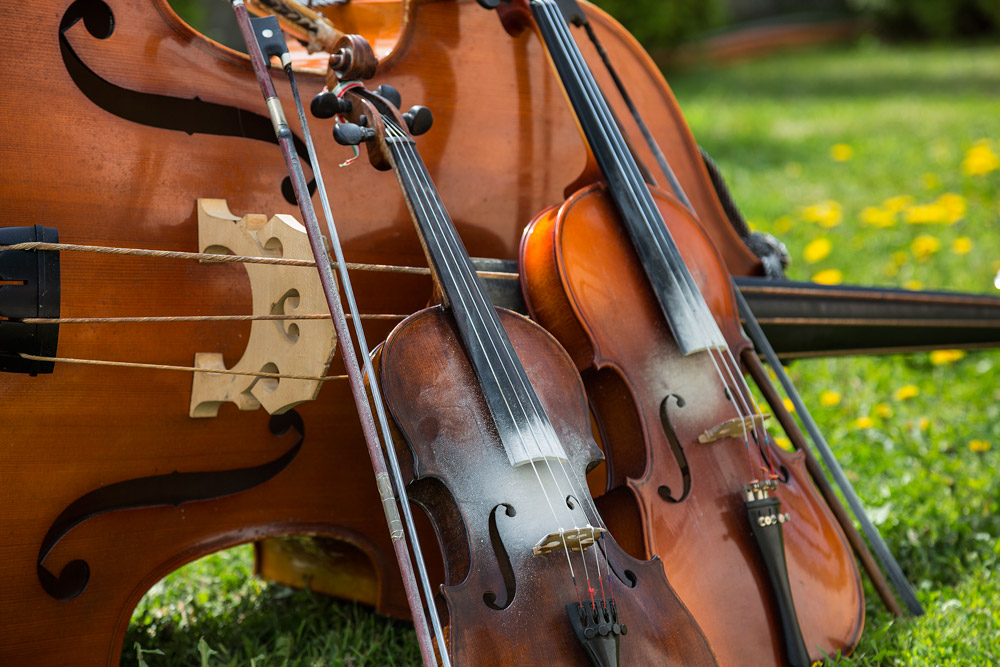 Violinists usually read their music from the treble clef, while violists, generally speaking, have to learn the slightly less familiar alto clef. It looks like this one on the left: 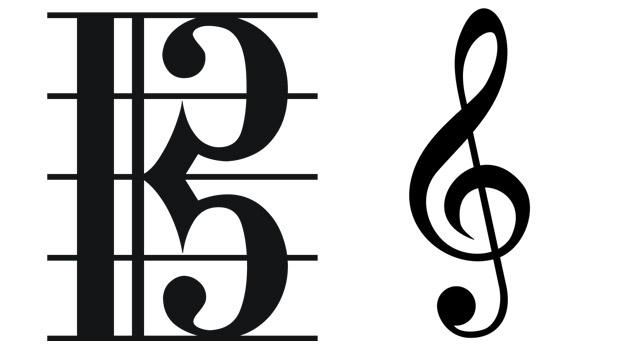 It isn’t as well-known as the iconic treble squiggle, but the concept is similar: the middle line of the stave is a C4 (that's middle C on a piano) rather than a B5, and everything else moves in normal order from there. The alto clef has also been the subject of some first-rate memes, like this one: 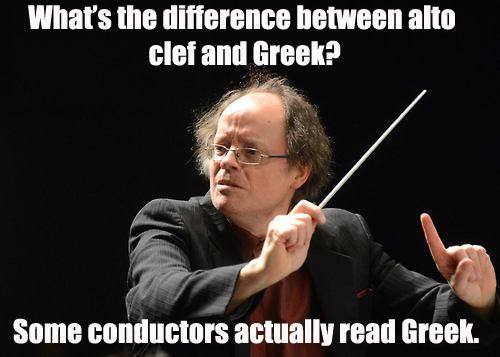 3. The bow frogs are different

The frog is the part you hold at the end of the bow, which is decorated with a colourful slide and small circle. Viola bows are generally a bit heavier, and sometimes the frog is curved instead of straight-edged, like this: 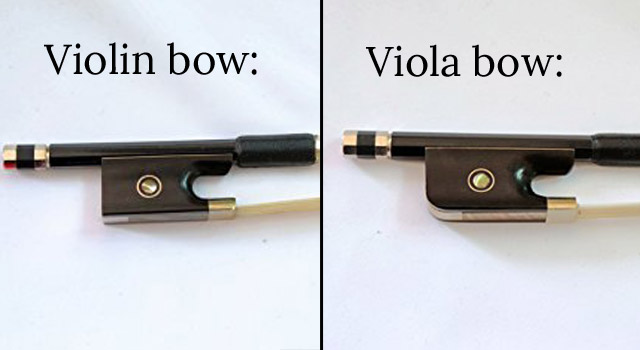 4. Listen to the pitch

5. Their strings are different

As well as being slightly thicker, the viola string order from lowest to highest is C, G, D, A. Violin strings, on the other hand, go from G, D, A to E. 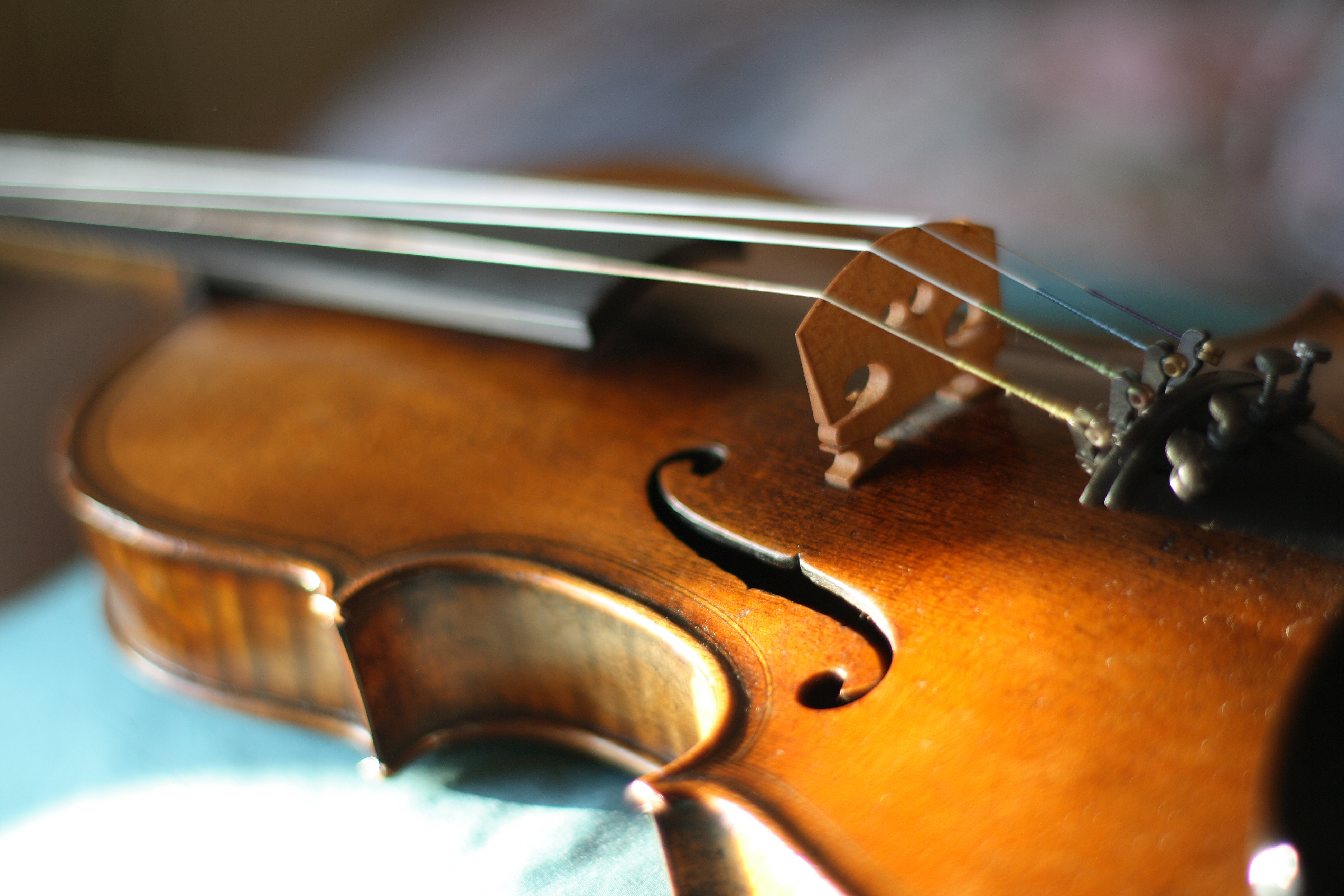 6. Look at their place in the orchestra

Stalking your orchestra crush and don’t fancy accidentally getting the name of their instrument wrong? If they’re sitting near the front on stage right, you can bet they’re a violinist. But if they’re sitting more in the centre of the orchestra, next to the cellos, they’re probably playing the viola.

Sometimes conductors like to mix it up a bit and split the violins up so the second violins are sitting opposite the first violins, but whatever happens the violas are right there in the thick of it.

Here’s a handy diagram from the Rochester Philharmonic Orchestra:

The first instruments that we would recognise as being in the violin family appeared in the 16th century.

The names of all the instruments in the violin family – violin, violoncello, viola – come from the term ‘viola’.

Within that, there were two families of violas – the viola da braccio (viola of the arm) and the viola da gamba (viola of the leg). The terms refer to whether they were played on the arm, like a violin, or by the legs, like a modern-day cello.

And here’s a viola da gamba in action:

The modern-day viola, like the violin, evolved from the viola da braccio and came into its own in the 18th century, when the now obsolete tenor viola began to die out.

So the viola has a long and distinguished history. Hold onto that, violas – when someone insists on making a cruel viola joke...