This train conductor also happens to be an actual conductor 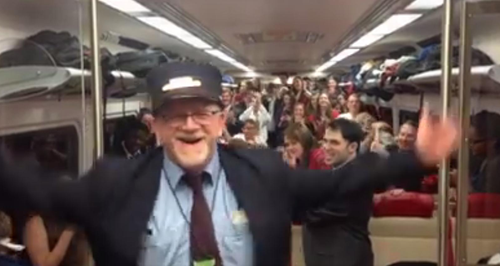 That guy standing at the front of the train looking important - he’s the conductor. But also, he’s the CONDUCTOR.

This video, uploaded by the conductor himself Bob McDonough, was taken during a festive train ride to New York City. And who should happen to be on his train, but the Yale Glee Club?

When you’re given direct access to such a fine ensemble, well, there’s only one thing to do: