12 angry neighbours who had no patience for classical musicians

These are the some of the best passive-aggressive reactions from people who just couldn’t handle their muso neighbours...

1. When this guy’s neighbour wouldn’t stop singing Wicked, so he sent her this aggro note

“I don’t think I could be heard over ‘Defying Gravity’”

“As much as we like musical theatre, could you please stop”

An actual note from my friend’s neighbours. pic.twitter.com/NnGMOwTV7k

2. When Jane at No. 9 hadn’t *quite* mastered her tuba scales

Can’t tell if my neighbour is drilling through a wall or taken up playing the tuba. Whatever it is Jane love please cease and desist

3. When every elephant around the world heard this comparison, and was offended

Either an elephant is dying a slow, painful death, or my neighbour's kid is learning to play trombone. #gottastartsomewhere #MusicIsLife

4. When this poor flautist’s talent was seriously taken for granted by their neighbour, who had zero chill 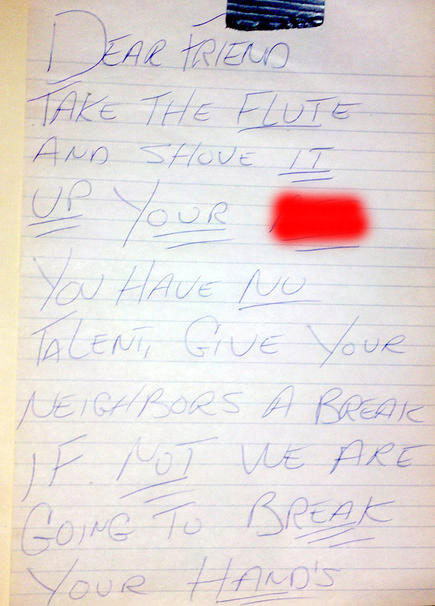 5. When this guy’s falsetto skills challenged his neighbours’ eardrums...

My neighbor's Vietnamese karaoke has hit a new low...or maybe I should say high. Didn't know that musical note existed.

6. When this guy didn’t recognise the talent of the Jacqueline du Pré of his generation

Is there a polite way to ask your classical musician neighbour to STOP PLAYING THE DAMN CELLO?! pic.twitter.com/z5C87SRM7z

No Matthew, no there isn’t.

7. When this poor neighbour was forced to suffer the heatwave indoors, accompanied by the sound of elementary brass

I'm all for people living their dreams and trying new things but my neighbour has decided to try and learn the trombone during a heatwave.

8. When the most offensive part of this guitarist’s practice session was that his ‘E’ matched the note of his neighbour’s ringtone

annoyingly-bad-musical-neighbour strikes again! this time tuning his guitar; each note has the same tone as my phone vibrating. #frustrating

9. These neighbours, who refused to appreciate next door’s clearly inferior taste in music

“Until you start to appreciate real music…” 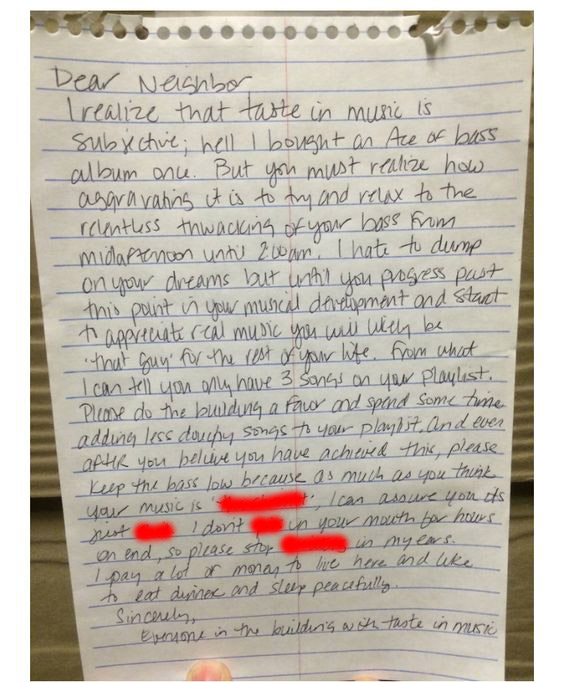 10. This guy, who had no patience for the interminable sound of 'The Imperial March' on brass

It's 7pm, I have 24 final papers to grade before tomorrow when my lovely partner arrives so we can finally begin married life in the same country, and the neighbours' kid has chosen tonight to start learning the trombone. Outside.

11. Also this guy, who had zero appreciation for the complexity of The White Stripes' melodies

If one of you happens to be my neighbour that has been playing 7 nation army non stop on your trombone for hours can you stop now please?

12. But then, this lovely neighbour made up for all the negativity with a humble request for some Franz Liszt 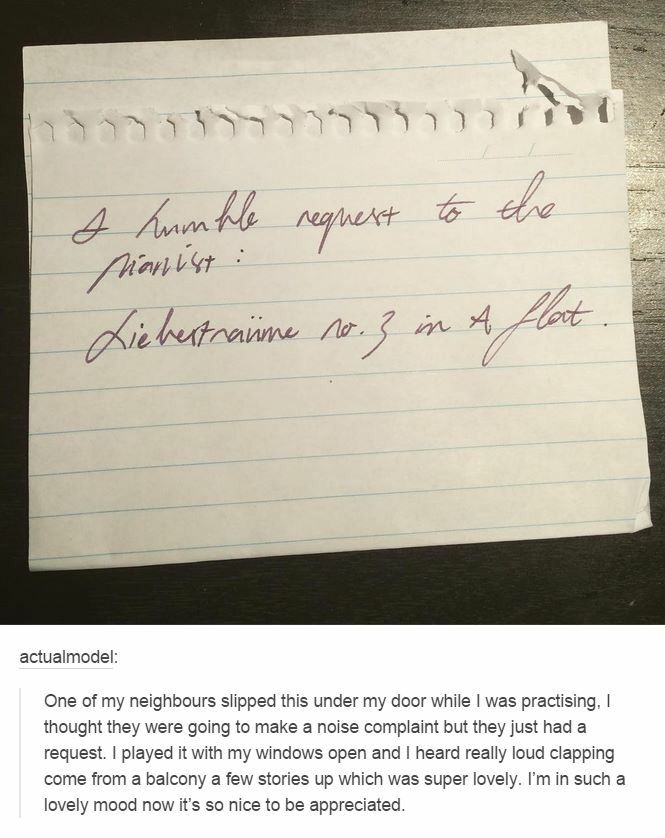