11 reasons you should never, ever live with a musician 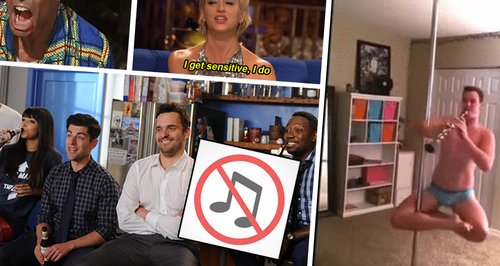 Looking for a new roomie? Do not ask a musician. For all these reasons and more.

Do you like the sound of the Finzi Clarinet Concerto? Do you like it played 18 times in a row over the course of four hours? With only a stud wall to separate you from the sound? In the middle of the night? While you’re sleeping? On a Sunday?

Benefit: empty flat for most of the time. Drawback: so lonely.

3. If you’re really unlucky, they’ll be in a band

Rehearsals only work if you have them every night, right?

4. Prepare to meet a whole raft of other musicians whose names you’ll never remember

“This is Ron. He plays trumpet. And this is Gail. She plays second trumpet. Tommy is a drummer but he doesn’t play with our band, he plays with Sarah’s band, who Ron also plays with some weeks when they need a dep. Ron’s wife knows Tommy, but obviously they already have a drummer so they don’t need her at every rehearsal, only when Tommy’s kids need looking after. Oh, and Tommy’s daughter is the music librarian. She’s also called Gail, but it’s not that one.”

5. They’ll drink you under the table.

And probably on a school night.

6. Sometimes they use music to go through emotional processes

Hear Beethoven’s Late Quartets coming out of your musician flatmate’s bedroom? DO NOT ENTER. THIS COULD TAKE SOME TIME.

7. They are naturally existential creatures

You may wander innocently catch them during a crisis and then have to deal with the sound of angry-practice as a result.

8. The sound of scales and arpeggios will slowly drive you insane

9. You may share a flat with their sideline business

Don’t know if you know this, but being a musician doesn’t always guarantee a steady income. Your flat could be the scene of anything from teaching to drug sales (TIP: those two could actually be taken care of in the same visit).

10. You will need to develop a series of excuses for not attending concerts

“My dog’s ill, it’s my turn to clean the squash courts at work, my parents are taking me yacht shopping, I’ve temporarily gone blind and I have a novel manuscript to finish in the next eight hours.”

11. You’ll have to turn the television down because they’re “reading scores”

Netflix and a beer is very quickly trumped by Howells and a hot lemon and ginger tea.