Weird and clever: listen to Beethoven's 'Für Elise' in the style of cubist art 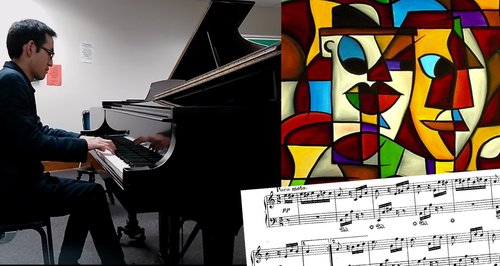 Music and art have often inspired and complimented one another, but we've never heard anything like this before...

There is very little we know about Bruce Adolphe's 1999 composition, 'Well, it's not exactly Beethoven'. However, what we do know is that it's a romanticomic fantasia on Beethoven's Für Elise and it is oddly spellbinding.

It all seems like a bit of an odd concept, however YouTuber NerdyMusicks has made a wonderfully creative video which the following definition:

When you listen to the piece with this is mind, it does make a lot more sense. However, reactions to the video have varied from astonishment to confusion and anger.

Love it or hate it - you can't resist watching until the end to see what he does next...