This image appears in the gallery:
Yoshiki: Yoshiki Classical - an album guide 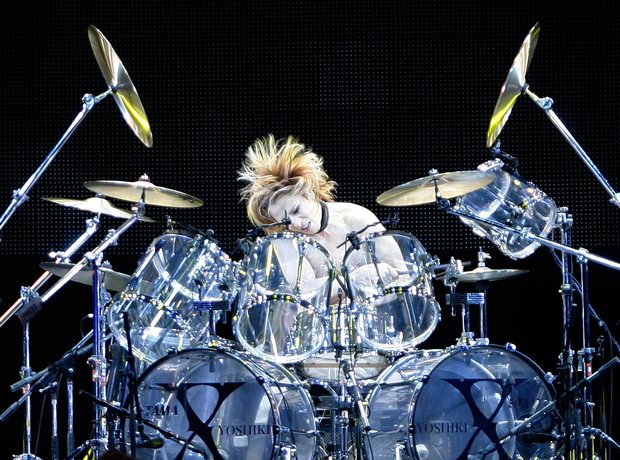 One Japanese rock legend meets a British rock legend - this track was produced by the legendary Beatles producer George Martin, and features the London Philharmonic Orchestra. In fact, this is an orchestral version of a song by Yoshiki's band, X Japan, which itself is a hugely opulent symphonic rock epic that urges the listener to '"Dry your tears with love." Here's a picture of Yoshiki from the X Japan days.

We went to Yoshiki's London show and met him backstage

Yoshiki plays piano battle with hologram of himself

Yoshiki: "I grew up with classical music before I started rocking!"