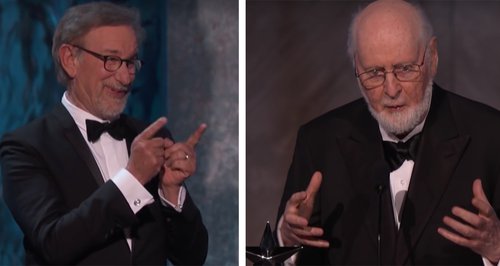 Composer John Williams was making a speech at the ceremony to honour his Lifetime Achievement Award at the American Film Institute.

When you’re a movie composer legend like John Williams, you tend to pick up showbiz pals along the way. So when fellow legend Steven Spielberg was selected to introduce Williams at the AFI ceremony honouring the composer’s long and varied career, it was time for a great little anecdote.

Taken from the production time around Spielberg’s masterpiece Schindler’s List, Williams picks up the story…