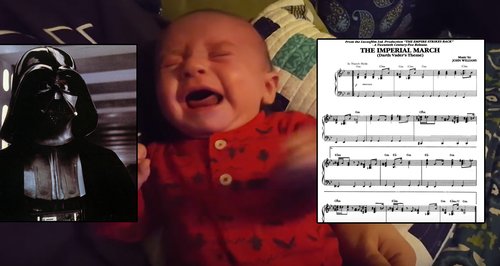 Watch as this crying baby immediately settles down when he’s played the most evil music in the universe.

Parenting methods aren’t an exact science. But for Micah Hayman, a new tactic for soothing his baby proved to be impressive… most impressive.

His young son Eli was clearly in a bit of a tizz over something, so Hayman played him some music to soothe him. That music was John Williams’ iconic Imperial March, first heard in The Empire Strikes Back and synonymous with pure paternal evil.

Eli clearly did not care about the subtext, as you can see: