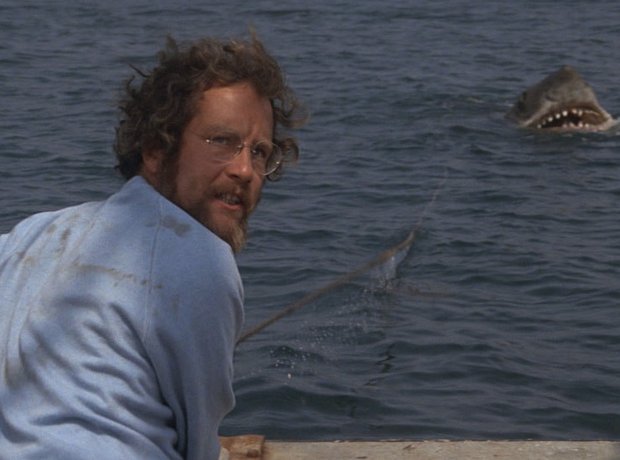 John Williams' ominous music for director Spielberg's first major hit, won the composer an Oscar. The threatening shark motif, two low notes played alternately on the tuba, has since become synonymous with sharks in general and imminent danger in the water. Williams described the theme as 'grinding away at you, just as a shark would do, instinctual, relentless, unstoppable.'