When did Verdi die? 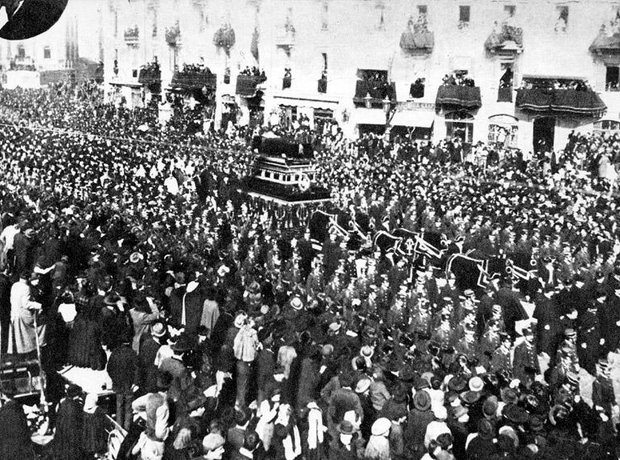 In January 1901, while staying in Milan, Verdi suffered a stroke. He died a few days later. Arturo Toscanini conducted the vast forces of combined orchestras and choirs composed of musicians from throughout Italy at his funeral service in Milan. To date, it remains the largest public assembly of any event in the history of Italy.