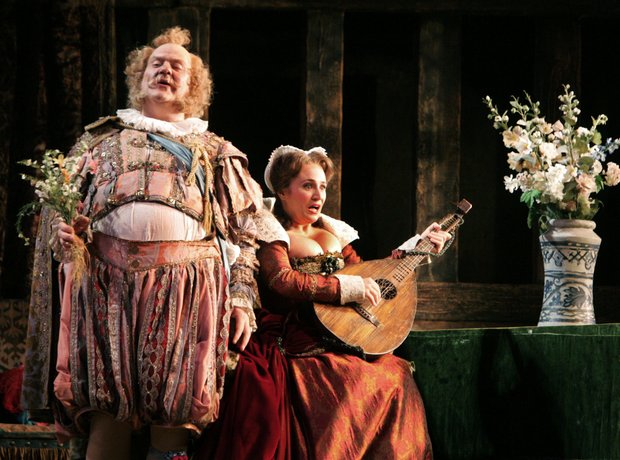 Verdi's final opera, Falstaff was based on Shakespeare's The Merry Wives of Windsor and Henry IV Part I. It was a huge international success and has long been an admired favourite for its inventive composition, brilliant orchestration and dazzling libretto. Here, Bryn Terfel performs the title role of Falstaff with Patricia Racette as Alice Ford at the 2005 Metropolitan Opera production in New York.