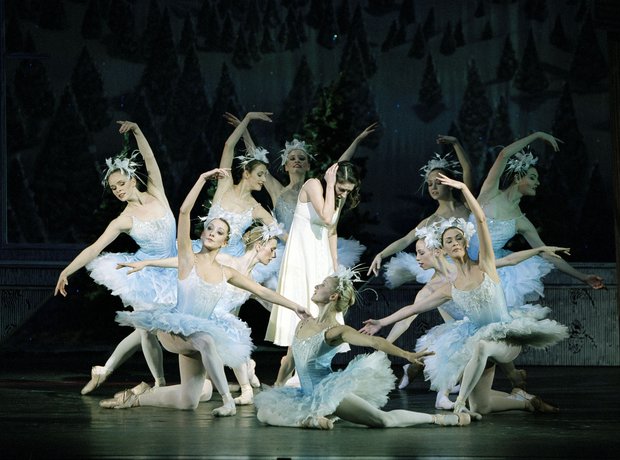 The Nutcracker is now arguably the most popular ballet in the world, although it almost didn't cross Russian borders: he Vic-Wells Ballet's (later the Royal Ballet) first performance in 1934 was based on choreographic notations that had been smuggled out of Russia. Pictured: Scottish Ballet in Ashley Page’s The Nutcracker, 2009. Photograph by Bill Cooper.