Clara and the Prince crowed 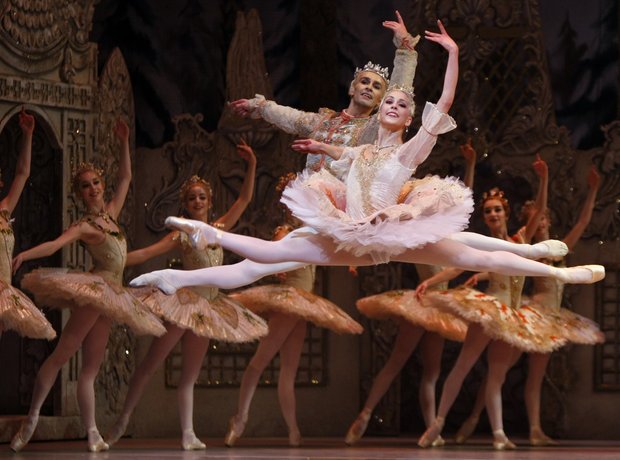 10. Clara and the Prince crowed

Impressed by their heroism, the Sugar Plum Fairy invites them into the Candy Castle where they are treated to entertaining dance performances including The Arabian Dance and the Russian Dance. The Sugar Plum Fairy, who has already performed a solo turn, dances a pas de deux with the handsome Cavalier. After a final waltz Clara and the Prince are crowned rulers of the Land of the Sweets. Pictured: Alexandra Ansanelli as the Sugar Plum Fairy and Valeri Hristov perform during a dress rehearsal for The Nutcracker ballet at the Royal Opera House, London, 2007.