Cavaradossi is dragged away

This image appears in the gallery:
Puccini's Tosca: a beginner's guide 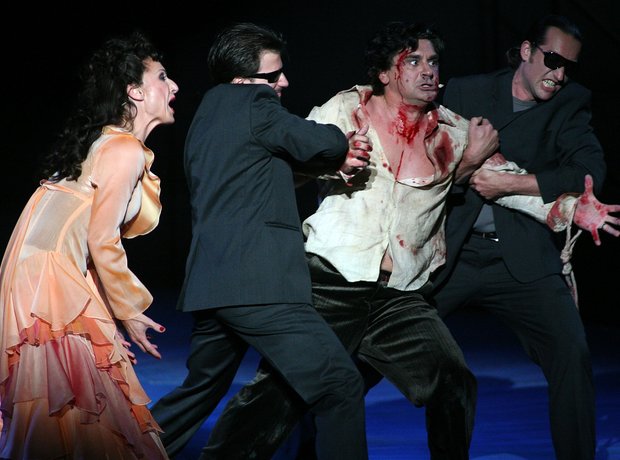 10. Cavaradossi is dragged away

A policeman, Sciarrone, enters and lets everyone know that, contrary to earlier reports, Napoleon has actually won the battle at Marengo. Cavaradossi then has a bit of a gloat about it to Scarpia, claiming that his days are numbered, before being dragged off kicking and screaming.