This image appears in the gallery:
Puccini's Madama Butterfly: a beginner's guide 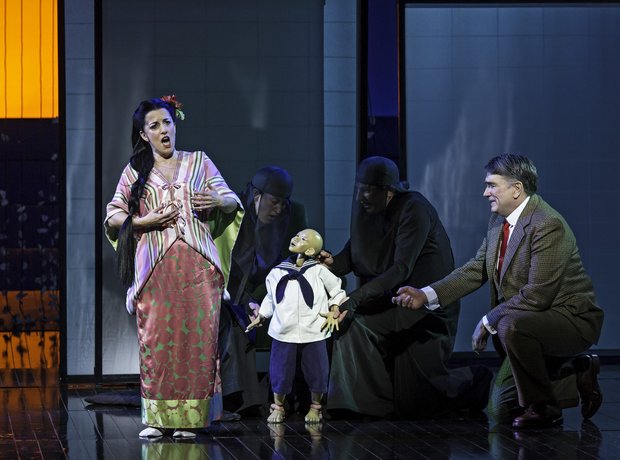 Once Cio-Cio-San sends the prince on his way, Sharpless continues to read the letter from Pinkerton, which reveals he's returning to Nagasaki... with a new wife. Unfortunately, Cio-Cio-San isn't listening, and Sharpless can't bring himself to deliver the full message. Instead, he hints she should take the up the offer of marriage from the prince. Cio-Cio-San, overcome, reveals she has a son by Pinkerton, in the hope he'll return once he hears the news. Photo: ENO/ Clive Barda