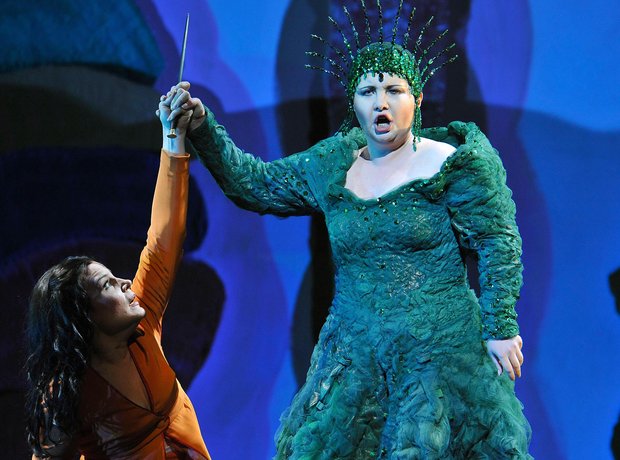 Meanwhile Pamina is asleep in her room. Monostatos slips in and attempts to steal a kiss from her as she sleeps. As he leans in, the Queen of the Night appears and tells him to leave immediately. The Queen gives her daughter a dagger for which to kill Sarastro with. When the Queen leaves, Monostatos, who has been listening at the door, bursts in and tells her he will reveal the murder plot unless she gives into his advances. Sarastro then arrives, dismissing Monostatos and forgiving Pamina. Pictured:  lbina Shagimuratova as the Queen of the Night and Genia Kuehmeier as Pamina, Salzburg Festival, 2008.