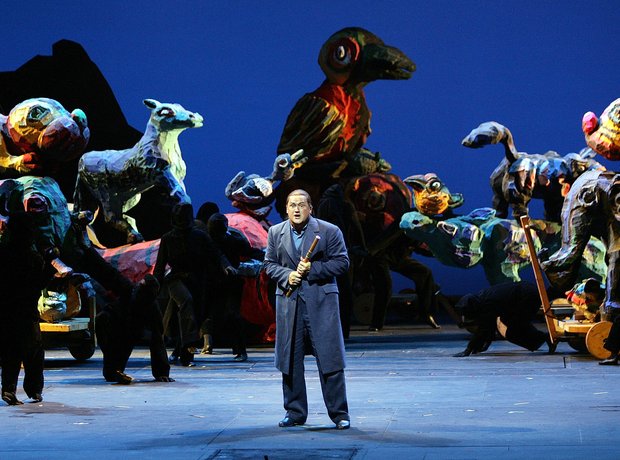 Meanwhile, the spirits guide Tamino to Sarastro’s temple. Once inside, the Prince is fooled into believing that the Queen of the Night is the evil one not Sarastro. Despite his misgivings about the Queen, he’s still determined to rescue his love. Tamino he plays his magic flute to try and summon his love and Papageno. The Prince follows the sound of Papageno’s pipes while the bird catcher and Pamina are guided by Tamino’s magic flute. Pictured:  Paul Groves as Tamino as part of the Salzburg Festival, 2006.