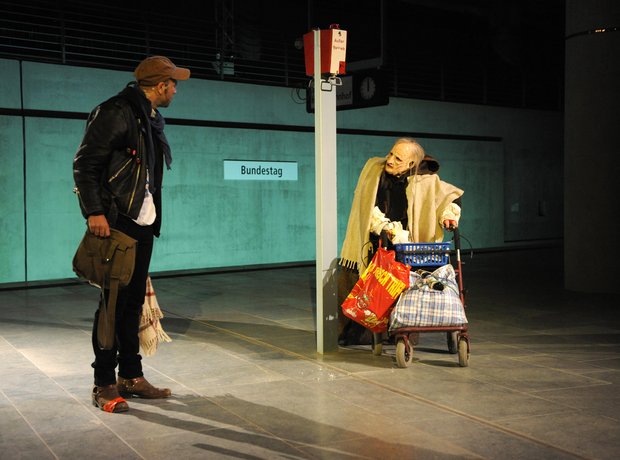 Two more trials remain but while the priests celebrate Tamino and Papageno’s success so far with the Prince, the bird catcher, left alone, is approached by the old woman. The old woman tells him he must commit his love to her, or spend the rest of his life alone. As he reluctantly pledges his love to her, she transforms into a beautiful woman called Papagena. As she goes to embrace her, the priests arrives, chasing her away with thunder and lightening. Pictured: Pictured: Dan Plewka as Papageno and Sonja Bisgiel as Papagena shown at the U-Bahn subway station 'Bundestag', Berlin, 2008.