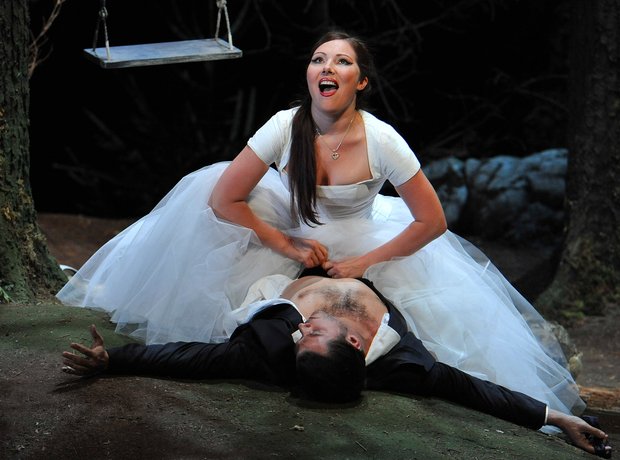 Giovanni, dressed as Leporello, begins his flirtation with Elvira’s maid, but is interrupted by the arrival of Masseto and his friends. Mistaking him for Leporello, Masetto believes his story that he too hates Giovanni and sets off with them to track him down. Giovanni manages to send Masetto friends away, allowing the disguised Giovanni to take the peasant’s weapon from him and beat him. He flees just before Zerlina arrives to comfort her husband. Pictured: Ekaterina Siurina in the role of the Zerlina and Alex Esposito as Maetto, Salzburg, 2008.