Sotheby's are auctioning actual locks of Mozart's and Beethoven's hair

If you've got a spare £10,000, you might want to consider purchasing a snippet of Wolfgang Amadeus Mozart's hair.

Sotheby's auctioneers in London will this week be auctioning off an actual piece of musical history - a lock of Mozart's hair.

The lock, presented in a gilt locket from the 19th century, has been passed around various musical luminaries across the centuries, including Mozart's wife Constanze, the mother of conductor Karl Anschütz, and British composer Arthur Sommervell.

Click on the image below to get super-up-close look at what the hair of classical music's greatest prodigy looks like: 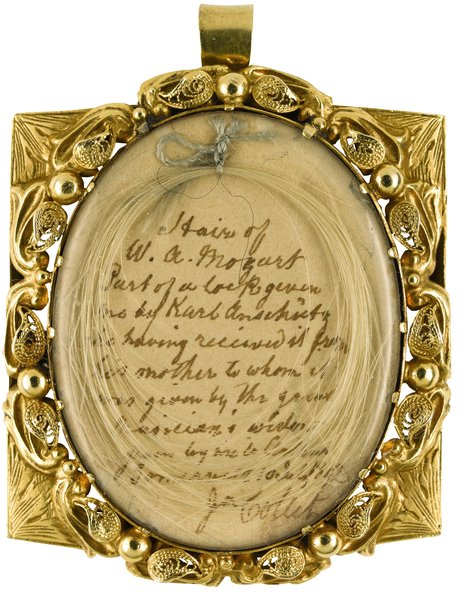 Alongside the lock snipped from Mozart's bonce will also be a similar (whiter) lock from the head of one Ludwig Van Beethoven, though it's expected to fetch a lower price of around £2,000 - 3,0000. Bonus: it even comes with an invitation to his funeral.

Take a closer look at the hair and the invite by clicking the image: 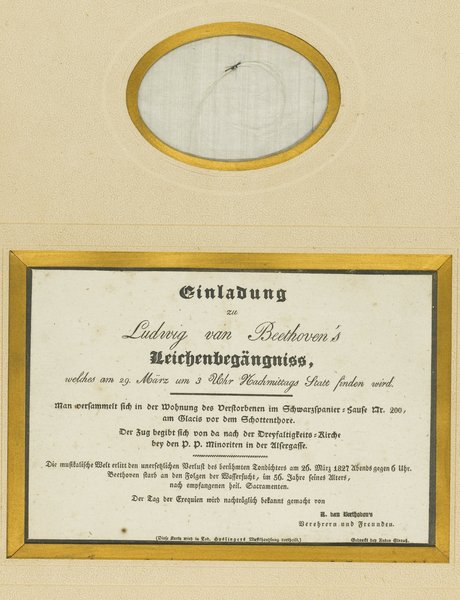