From the Royal Academy to Ronnie Scott's

This image appears in the gallery:
Karl Jenkins: the great Welsh composer’s life in pictures 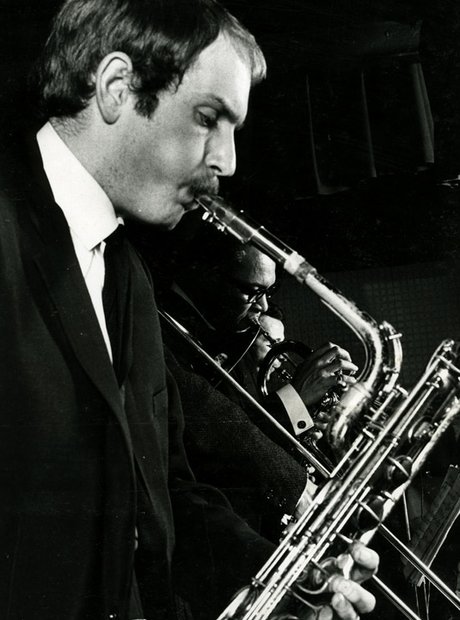 4. From the Royal Academy to Ronnie Scott's

Jenkins studied music at Cardiff University, and then commenced postgraduate studies at the Royal Academy of Music in London, where he also met his wife and musical collaborator, Carol Barratt. He soon became known as a jazz and jazz-rock musician, playing baritone and soprano saxophones, keyboards and the oboe - an unusual instrument in a jazz context. He is pictured here performing at Ronnie Scott's world-famous jazz club in London.