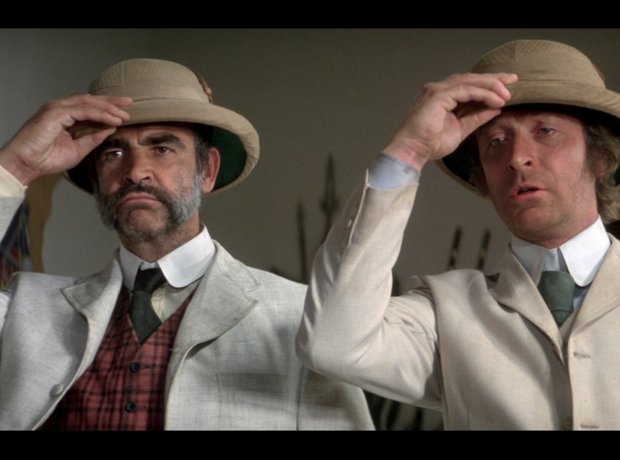 The film follows two rogue ex-officers of the Indian Army - played by Sean Connery and Michael Caine - who set off in search of adventure and end up as kings. Jarre invited Indian musicians to participate in the recording sessions with a traditional symphony orchestra, blending the musical styles, all based around the Irish song 'The Minstrel Boy' which features in the plot.