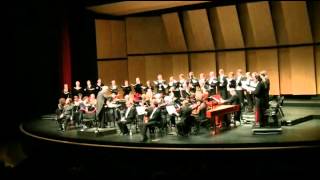 Classic FM Album of the Week, week starting 22 February after 10am

The German conductor Frieder Bernius founded the Kammerchor Stuttgart in 1968 with the intention of raising a cappella music to the level of professional orchestral music. Then in 1985, at his instigation, the Barockorchester Stuttgart was created to foster a strong interest in the authentic performance practice of 17th and 18th century music.

The outstanding reputations of Bernius and his ensembles meant that expectation was high when he announced they were to record Handel's timeless and much-loved oratorio Messiah. The version was critically-acclaimed with one reviewer saying it breathed new life and energy into the work.

This new album brings together all of the choruses from the complete recording and presents them as 50 minutes of unadulterated musical pleasure.

Bernius is a sensitive conductor who teases a bright, flowing sound out of the performers, while maintaining emphasis on the message of the text. Even the so well-known Hallelujah sounds freshly radiant and spritely.