You don't know this, but Elgar was one of the most tragic figures in classical music 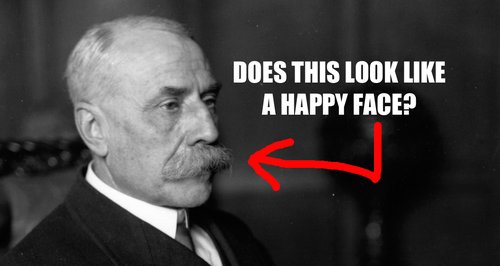 Compromises, resentment and a wife who pushed him into a career he wasn’t sure of: Edward Elgar really needed some time on the psychiatrist’s couch.

Think of Edward Elgar, think of a proud pipe-smoking patriot, puffing his chest out and being all stiff-upper-lip-y. Some have gone as far as calling him jingoistic, even. But the truth is, he was somehow even more English than this - he was unbelievably melancholy.

His wife controlled his career

Elgar’s wife, Caroline Alice Roberts, was from a good few social rungs higher than her husband. As such, with her family not wanting her to have married a total dud, she set about ‘improving’ the prospects of his career. She insisted they move away from Elgar’s beloved Worcester, into London, where his early compositional career was intensely unsuccessful. Caroline pushed him into meetings with high and mighty society figures, with whom he shared little in common, and he failed to win any notable commissions in the years they lived in the capital.

In fact, there’s a lot of speculation about his marriage

One of Elgar’s greatest works, ‘Nimrod’ from his Enigma Variations, was dedicated to his publisher, August Jaeger (Nimrod was a biblical hunter, ‘Jaeger’ is the German word for hunter - see?), a close friend with whom some speculate Elgar shared a very deep relationship. He also remained close with several female students and musicians, perhaps most notably Vera Hockman, a violinist 40 years younger than he.

It’s his most famous piece, but Elgar grew to hate it. He was against the First World War, and was acutely aware of how his music might be seen to be overtly patriotic, and it made him uneasy.

Basically he just wanted to noodle around with his chemistry set

Elgar was a keen amateur chemist, and spent much of his later years mucking about in his shed trying to invent things, rather than doing any composing. He actually managed to patent the Elgar Sulphuretted Hydrogen Apparatus, whatever that is.

It’s not a new idea to state that there was some melancholy in Elgar’s music. However, listening to a piece like the Cello Concerto with the knowledge that Elgar was an unsettled man lends it a new gravitas. And Nimrod, too, with its intense sense of longing and the fact that it was dedicated to someone for whom Elgar had a deep but unspoken affection, takes on a whole new context when you factor in the melancholy circumstance.