This image appears in the gallery:
Britten's Peter Grimes: a beginner's guide 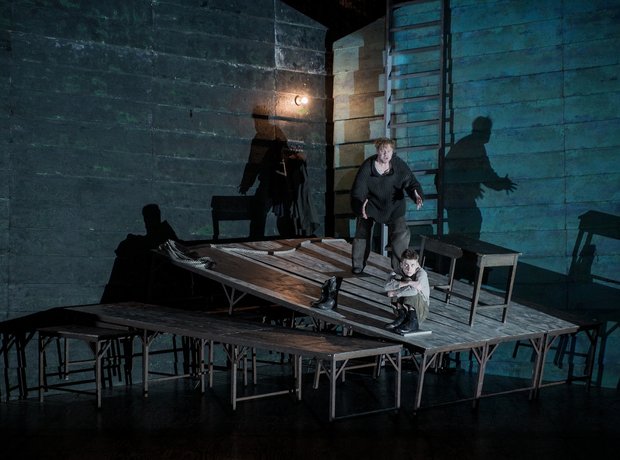 When Grimes hears the mob of villagers approaching, he gets ready to set out to sea. He tells John to be careful climbing down the cliff to his boat, but the boy falls to his death. When the mob reaches the hut, Grimes is gone and they find nothing out of order, so they disperse. Photo © ENO/Robert Workman