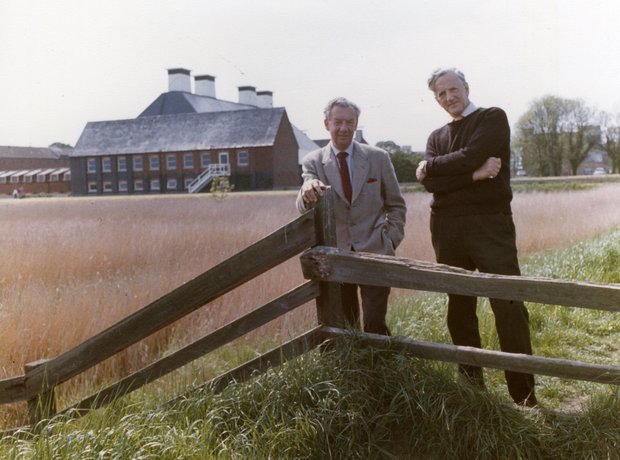 When redundant Victorian maltings buildings in Snape, six miles from Aldeburgh, became available n the 1960s, Britten had the vision that the largest of them could be converted into a concert hall and opera house. Snape Maltings hall was opened by the Queen at the start of the 20th Aldeburgh Festival in June 1967; it was immediately hailed as one of the best concert halls in the country. It was destroyed by fire in 1969, but Britten was determined that it would be rebuilt in time for the following year's festival, which it was. Photo by Hans Wild. Image courtesy of www.britten100.org.