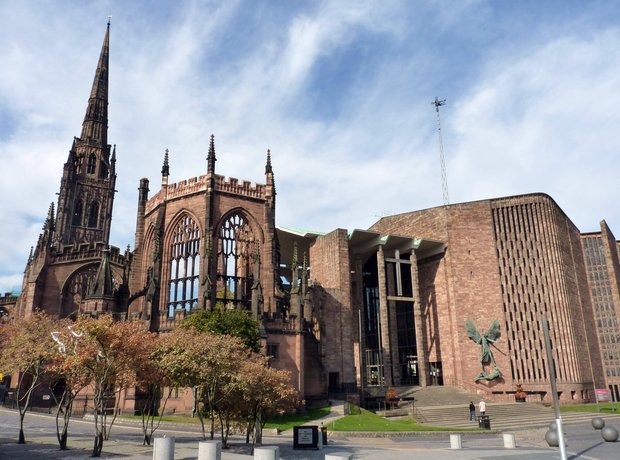 One of the best known of Britten's works, the War Requiem, was premiered in 1962 for the consecration of the new Coventry Cathedral. Britten decided that his work would commemorate the dead of both World Wars in a large-scale score for soloists, chorus, chamber ensemble and orchestra.