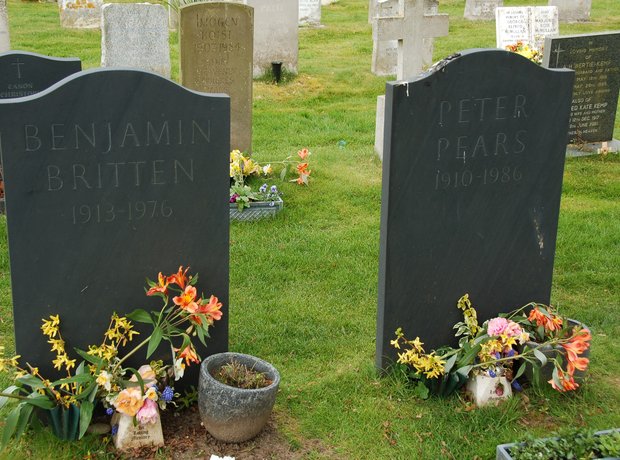 In the last year of his life Britten accepted a life peerage – the first composer so honoured – and in July 1976 became Baron Britten of Aldeburgh in the County of Suffolk. Britten died of heart failure on 4 December 1976. His funeral service was held at Aldeburgh Parish Church three days later, and he was buried in its churchyard. Pears was buried by his side when he died ten years later.