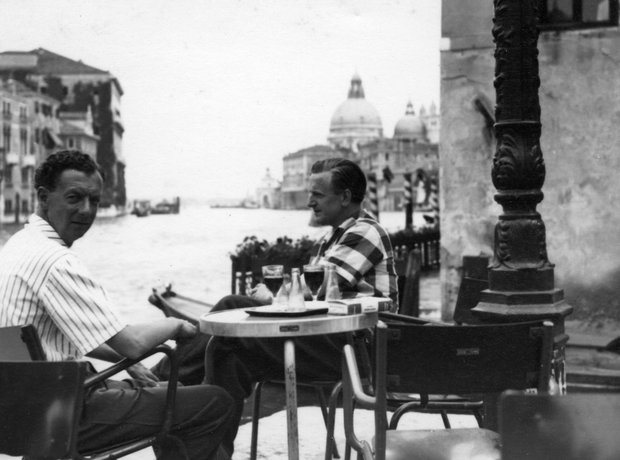 In 1937, Britten became friends with the tenor Peter Pears while they were both helping to clear out the cottage of a mutual friend. Pears quickly became Britten's musical inspiration and, initially, a close friend. Britten's first work for Pears was composed within weeks of their meeting, a setting of Emily Brontë's poem, "A thousand gleaming fires", for tenor and strings. Image courtesy of www.britten100.org.