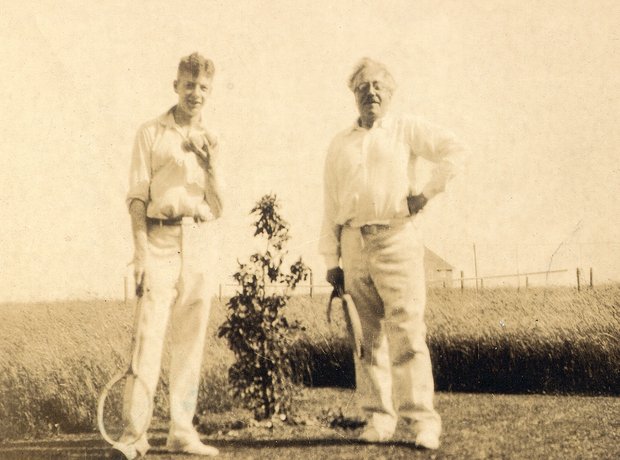 In 1924 at the Norfolk and Norwich Festival, Britten first heard Frank Bridge's orchestral poem The Sea, conducted by the composer. He said he was ‘knocked sideways’. The following year, Britten met Bridge who was impressed with the boy and, after they had gone through some of Britten's compositions together, invited him to study with him. The teenager took day trips to London to learn composition from Bridge and study piano with his colleague, Harold Samuel. Image courtesy of www.britten100.org.