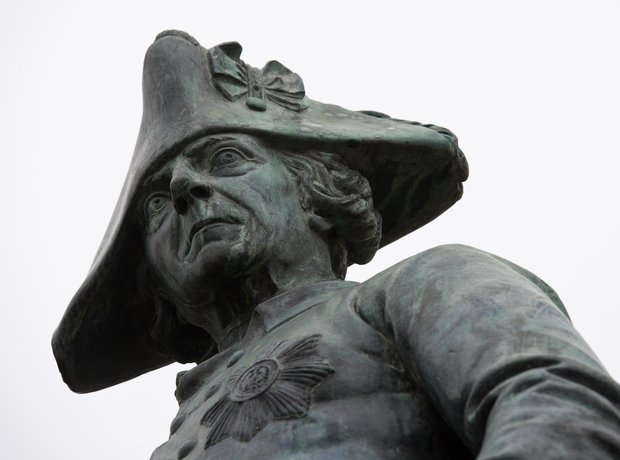 In 1747, Bach visited the court of Frederick the Great at Potsdam. The musical king played a theme for Bach and challenged him to improvise a fugue based on his theme. Bach improvised a three-part fugue on one of Frederick's fortepianos and later presented the king with ‘A Musical Offering’ which consists of fugues, canons and a trio based on the theme.