This image appears in the gallery:
Leroy Anderson: A life in pictures 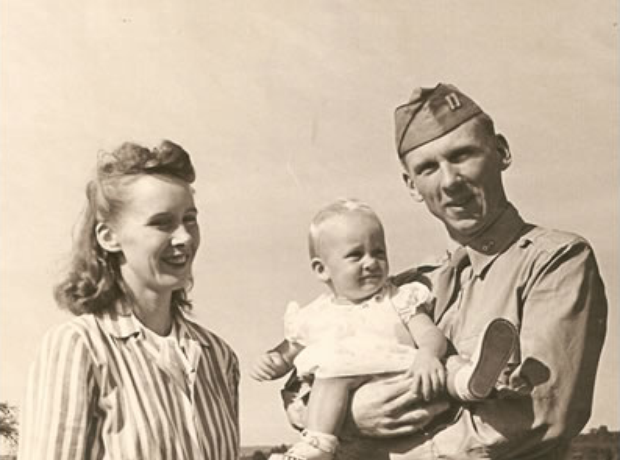 In 1942 Anderson joined the U.S. Army, and was assigned to Iceland with the U.S. Counter Intelligence Corps as a translator and interpreter. He married Eleanor Firke before shipping off to Iceland. In 1945 he was moved to the Pentagon as Chief of the Scandinavian Desk of Military Intelligence. However his duties did not prevent him from composing, and he wrote 'The Syncopated Clock' and 'Promenade.' Leroy Anderson is pictured here with wife Eleanor and daughter Jane in 1945.

See the full gallery: Leroy Anderson: A life in pictures