There was Beethoven, Mendelssohn, Vasily Petrenko, a brilliant choir - and lots of cake. And Classic FM broadcast the anniversary concert. Relive the party here.

Welcome to Philharmonic Hall, Liverpool, where the RLPO was to perform Mendelssohn’s Die Erste Walpurgisnacht and Beethoven’s Ninth Symphony to mark its 175th anniversary.

The RLPO were making their own preparations. Classic FM's Jane Jones spoke to Ian Tracey, Chorus Master of the Royal Liverpool Philharmonic Choir. He was keen to point out that the Liverpool Philharmonic's choir was actually formed before the orchestra 175 years ago. "The choir are very sensitive about the fact that they came first and the orchestra came second," Tracey said. Listen to the full interview by clicking 'play' below.

listen to ‘Ian Tracey, Chorus Master of the Royal Liverpool Philharmonic Choir, on the RLPO's 175th anniversary celebrations’ on audioBoom

Yes, the choir was definitely excited:

@CatherineJBott @liverpoolphil @ClassicFM wait till you hear the Choir #RLPC

Mezzo-soprano Kathryn Rudge, one of tonight's soloists, is Liverpool born-and-bred. "Live music in general is such a big thing to Liverpool. There's such a great history of it here and this is a world-class orchestra."

Jane also ambushed Chief Conductor Vasily Petrenko on his way to his dressing room. He told her of the Beethoven piece his orchestra will be playing tonight: "Ode to Joy - what can be more joyful on such an anniversary?" Hear the full interview by clicking 'play' below.

What could we expect tonight from Petrenko and the RLPO? Some of this:

And the rest of this:

The RLPO rehearsing LVB. You can hear all this LIVE on Classic FM at 8pm tonight

And if you were in any doubt as to the importance of Beethoven's Ninth - the climax of tonight's concert - then Barry Cooper, professor of music at Manchester University, was there to explain to Jane Jones (accompanied by some background double bass): "This was the first time we'd had a choral finale to a symphony. To have a symphony which has a choir in it was completely novel."

listen to ‘The importance of Beethoven's Ninth Symphony ’ on audioBoom

Surprise! As the RLPO took to the stage, we learned that the orchestra would begin the concert with a bonus piece: Rossini’s Fair is the Bride, which was played at their first concert on 12 March 1840.

And, two hours later, what was the verdict?

Brilliant birthday concert by @liverpoolphil . Thx to @ClassicFM for the broadcast (& support for the RLPO). Here's to 175 more years. 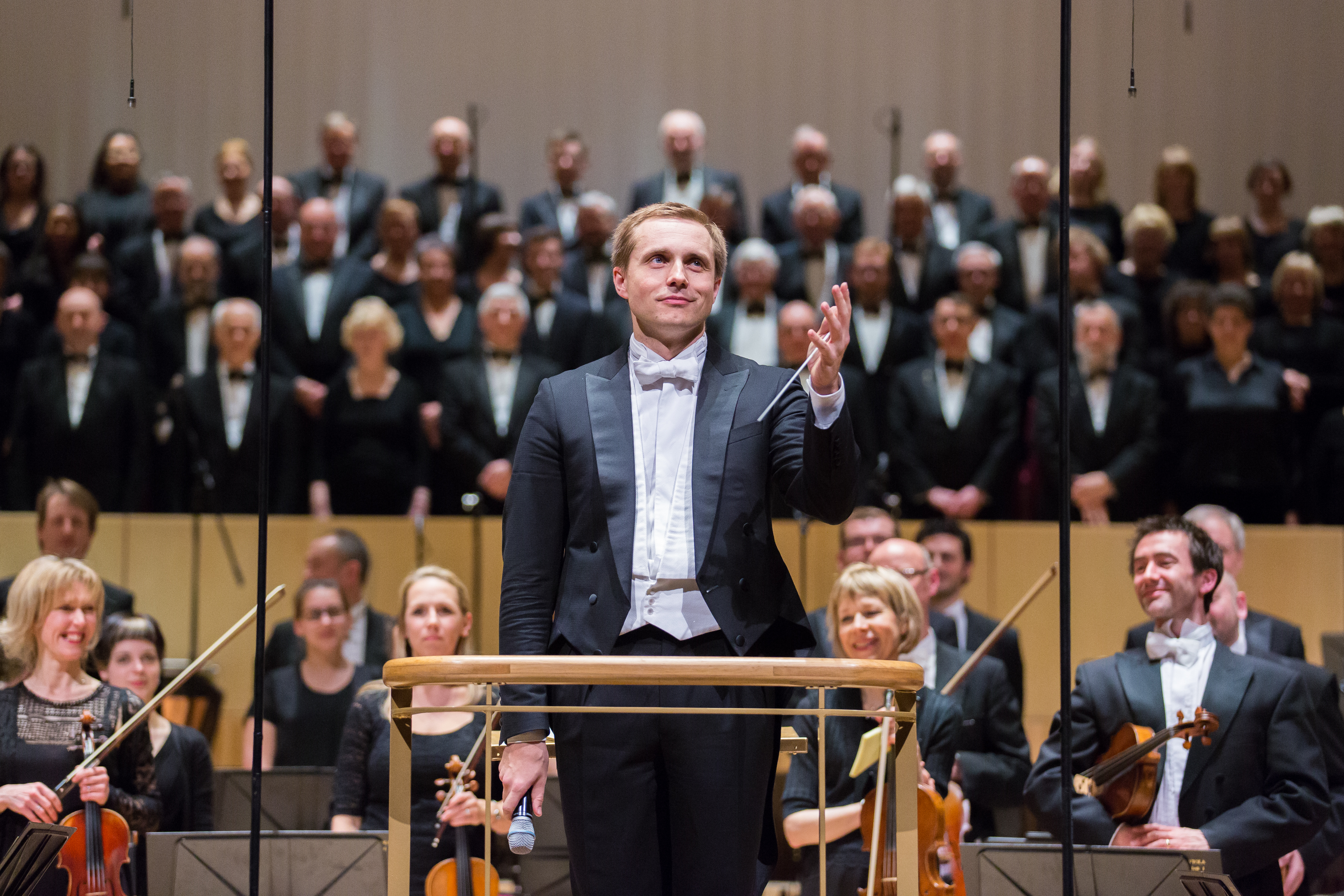 And the choir, too: 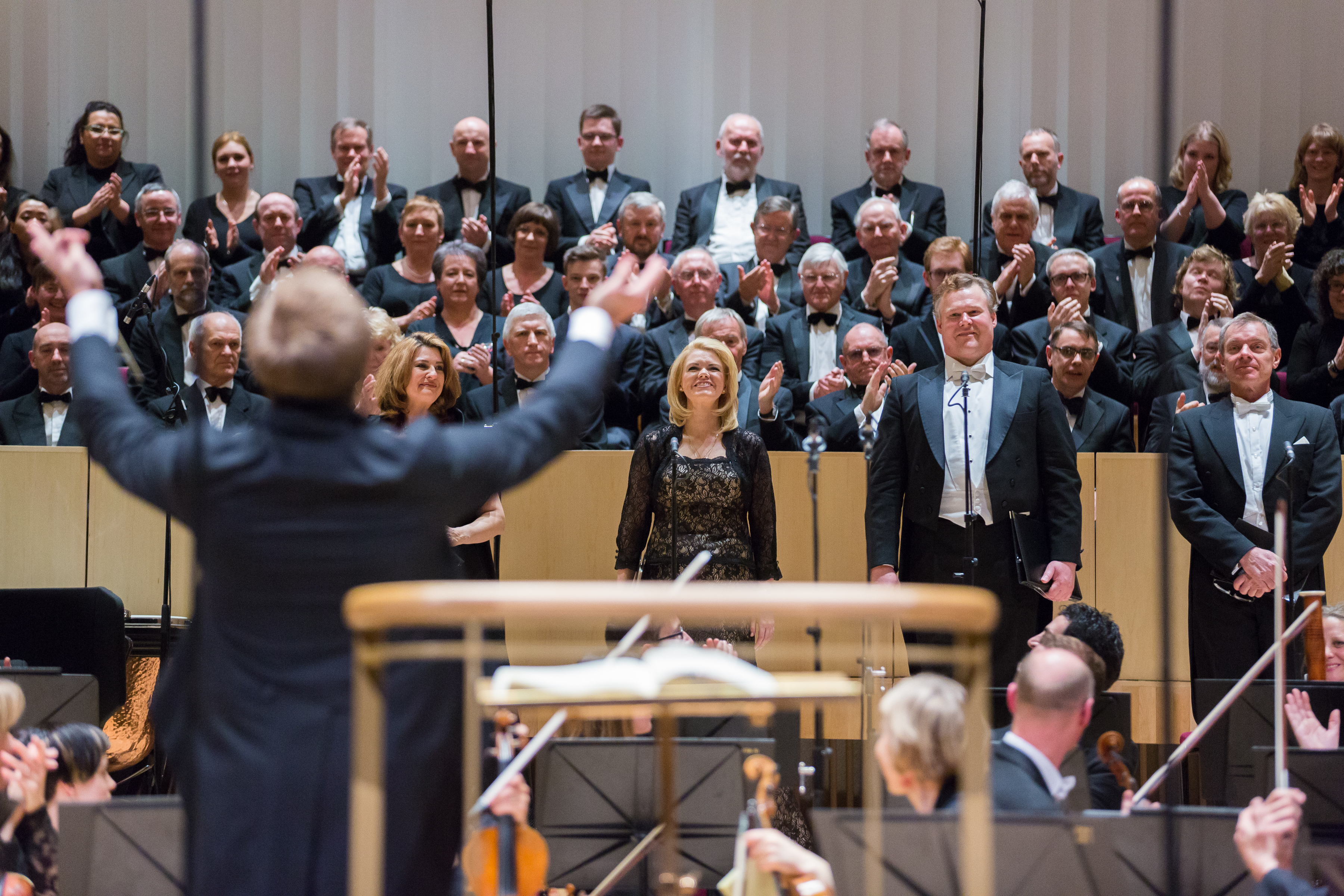 Every anniversary concert needs a birthday cake. This one was served up with buckets of prosecco. Many happy returns, RLPO!

And the @liverpoolphil party continues into the night #cake #fizz #rlpo175 pic.twitter.com/KraQQtPqin