10 reasons why the RLPO is one of the greatest orchestras

Classic FM is helping the Royal Liverpool Philharmonic Orchestra mark its 175th anniversary on 12 March with a day of live broadcasts from Liverpool. Here are ten reasons why we absolutely love them.

The RLPO's origins date back to 1840 and the formation of the Liverpool Philharmonic Society, a group of enthusiastic amateur musicians who initially got together because they loved a good communal sing-song. To celebrate the 175th anniversary of its first performance on March 12 of that year, the RLPO is playing Beethoven's Ninth Symphony in a concert that will be broadcast live on Classic FM. 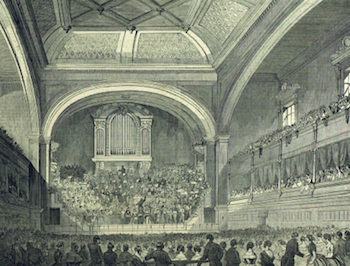 Over the decades, the RLPO has worked with a truly diverse range of musicians. In June 2009, it backed up 1980’s pop legends Orchestral Manoeuvres in the Dark who performed their synth-tastic back catalogue at Philharmonic Hall. The hit-laden set positively dripped with classics, including Enola Gay and Joan of Arc.

3 It's always attracted the most brilliant conductors

The RLPO's current charismatic Principal Conductor, Vasily Petrenko, follows on from a distinguished line of maestros who have led the orchestra, including - for three years - the composer of that evergreen, Hall of Fame-topping violin concerto, Max Bruch. 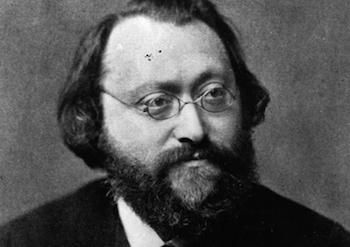 The RLPO offers free pre-concert Classic Intros and post-concert Off the Podium talks and interviews with visiting artists and experts. It's a great way to get more from the performance. And the talks are free! They've even made a selection of Classic Intros available to download and listen to again so you can gen up on the classics. 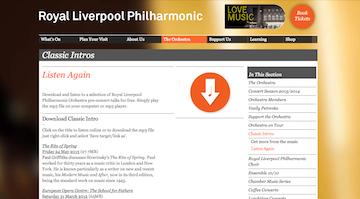 5 It champions the best new music

The Orchestra has played many world premieres, including first performances of major pieces by John Tavener, Karl Jenkins and Michael Nyman, alongside works by home-grown Liverpool composers. In 1991, Paul McCartney - in collaboration with Carl Davis - composed his Liverpool Oratorio to commemorate the RLPO's 150th anniversary.

The Orchestra made its first international tour to Germany and Switzerland in 1966 and now tours widely throughout the UK and internationally, most recently visiting China, Switzerland, France, Spain, Germany, Romania and the Czech Republic. In 2012, after a gig in Pamplona, the orchestra's 'Lady Bus' was the scene of much fun and frivolity as the musicians threw a hen party for one of the violinists. The bubbly flowed for the journey back to the hotel. 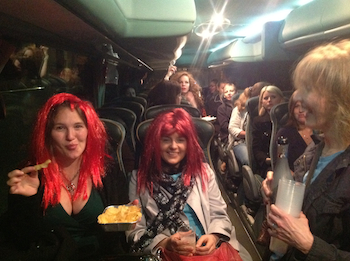 7 They let John Suchet play trombone with them

In 2013, Classic FM's John Suchet was invited to rediscover his genius for the trombone and play with the RLPO at SuperConcert! - an event where the orchestra invites players of a Grade 4 standard and above to perform with them. Reportedly the boy done good.
Photo: Mark McNulty © Liverpool Philharmonic 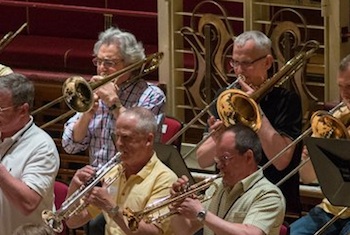 8 It wins loads of awards

Every year the classical music world recognises the brilliance of the RLPO with a host of awards. In 2011, its album of Shostakovich's Symphony No.10 was the Gramophone Awards Orchestral Recording of the Year. And Principal Conductor Vasily Petrenko keeps on getting gongs for being brilliant too.

9 It invests in the future of music

The RLPO has been devoted to working with schools and the community since the 1940s, when Sir Malcolm Sargent first introduced a concert series for schools. Today, the RLPO Learning programme reaches more than 22,000 local children and young people. 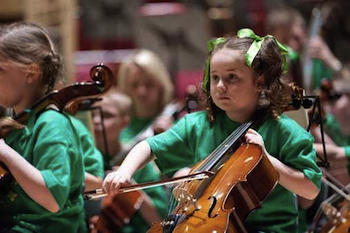 In 2001, Classic FM and the Royal Liverpool Philharmonic announced a partnership that saw the Orchestra named ‘Classic FM Orchestra in North West England’ and the station’s first arts partner. In 2010 the Orchestra’s relationship with Classic FM was winner of the Sustained Partnership Award in the 32nd BP Arts & Business Award. 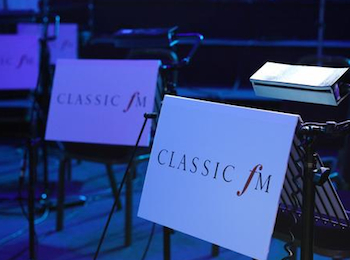