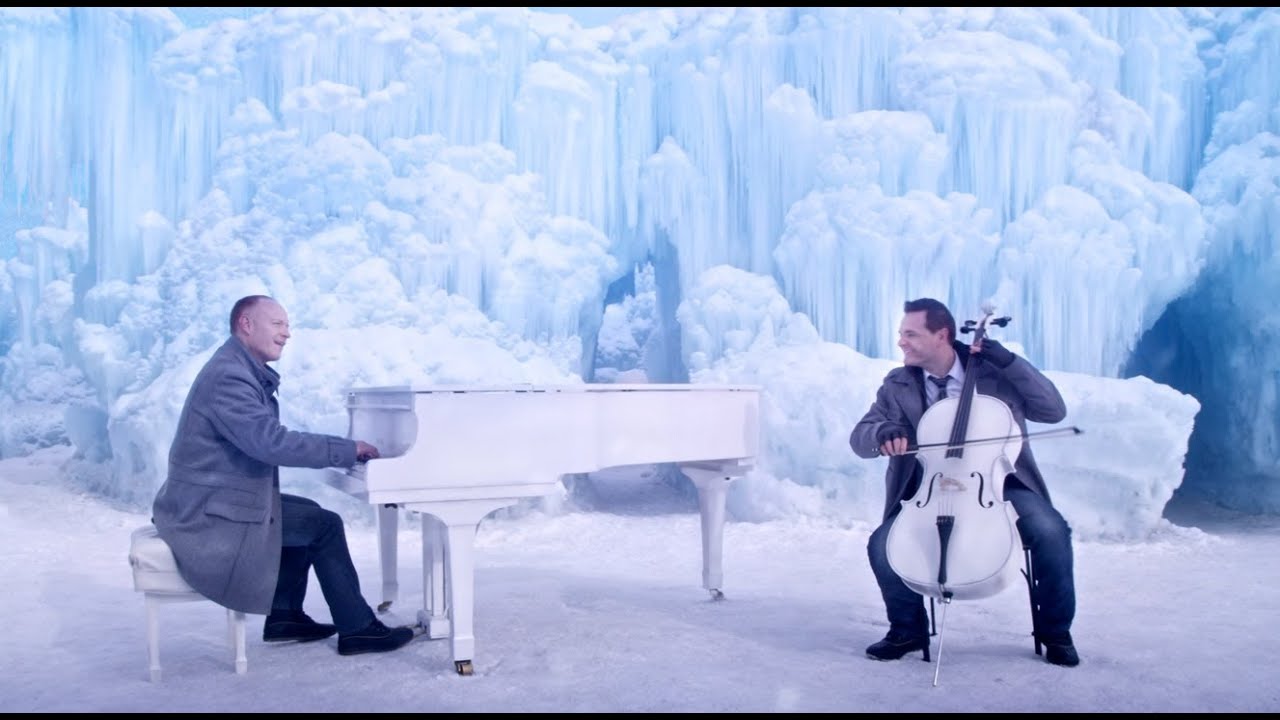 Set in a background of ice and snow, the classical-pop duo play a white piano and cello to perform their new Baroque Disney single.

The duo take elements of Vivaldi's Winter from the Four Seasons, incorporating them into an instrumental version of Let it Go from Disney's Frozen. The finished piece uses 90 tracks of music from cello, piano and vocals, with winds and suspended cymbal.

Posting their video on YouTube, where so far it has received more than 800,000 views in less than 24 hours, they said they wanted to add a little more drama to the original Frozen music.

"Vivaldi's almost reckless string motives helped us surround the determined, upbeat melody and chords from "Let It Go" with intensity and uncertainty," they said. "We wanted the music to alternate between "freezing" and "thawing," representing the opposing forces throughout the "Frozen" story."

To add to the drama, none of the video was shot in front of a green screen. All the snow and ice featuring in the video is real.