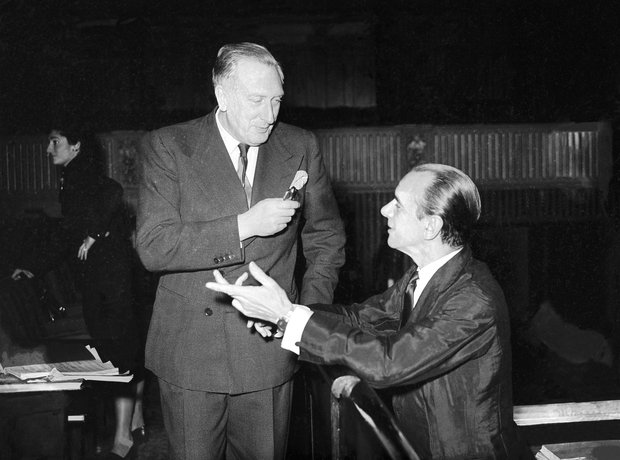 In the 1930s, Sargent set up the London Philharmonic Orchestra to perform at the Courtauld-Sargent series of concerts, aimed at people who had never previously attended live classical music. They attracted large audiences and introduced new works by Bliss, Kodály, Prokofiev and William Walton, among others. Walton, left, is pictured talking with Sir Malcolm during rehearsals for his opera, 'Troilus and Cressida'.