Playing through an air raid 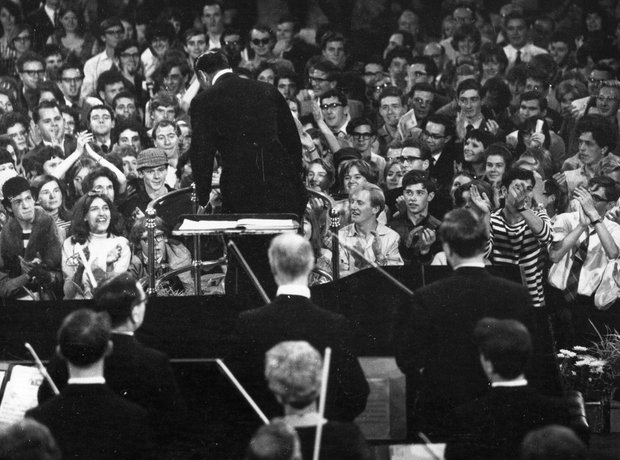 12. Playing through an air raid

On one famous occasion, an air raid interrupted a performance of Beethoven's Symphony No. 7. Sargent stopped the orchestra, calmed the audience by saying they were safer inside the hall than outside, and resumed the concert. He later said that no orchestra had ever played so well and that no audience in his experience had ever listened so intently.