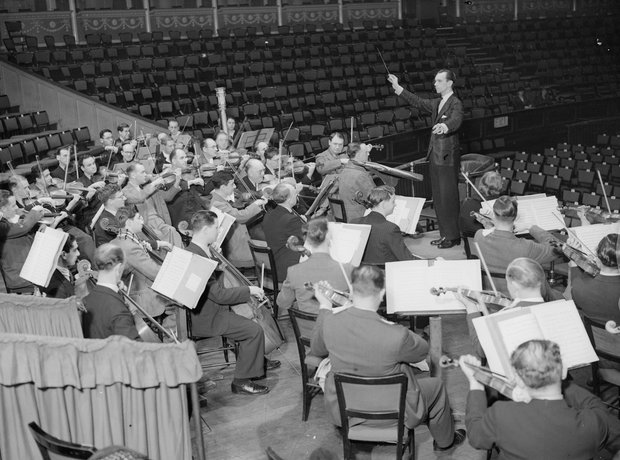 Sargent's big break came when the conductor Sir Henry Wood visited Leicester early in 1921 with the Queen's Hall orchestra. Sir Henry asked Sargent to conduct one of his own compositions in the concert, was impressed, and invited him to conduct the piece again at the Proms later that same year.