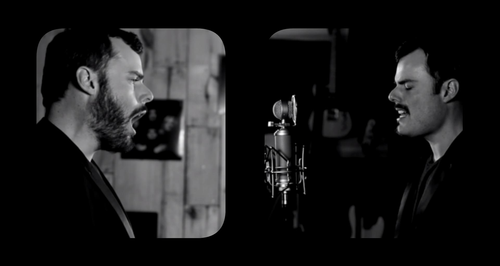 Impersonator Marc Martel has recorded a duet featuring two of his idols, opera star Luciano Pavarotti and Queen vocalist Freddie Mercury, taking on both roles himself in one single take.

Covering the Puccini classic 'Nessun Dorma', Martel channels both of the singing titans in one amazing video (and even tailors his facial hair accordingly).

Martel's name for the project is 'The Mercurotti', and it's a hit on YouTube.

Gallery: the most iconic images of Pavarotti

According to Martel's description on his YouTube page, the video is "a duet of two of my favorite musical influences, Freddie Mercury and Luciano Pavarotti. This is one continuous performance from start to finish, shot in one take, using two cameras. No audio has been cut or replaced."

Martel has previous form with Mercury impressions - he was selected by Brian May and Roger Taylor to appear in the Queen Extravaganza touring show in 2011.